Sunday at the Park With Mark :)

So just when we set out to hike, though the weather said no more rain and cloudy, it began to rain.   So we decided to pick up some flowers (last photo) and give it a chance to at least lighten up, then went to the park because it seemed the rain was going to be intermittent for the afternoon.

When we arrived, not only was Prince Harry the resident Heron there, posing next to the yellow Iris and presiding over the lake  (a few of the photos have a filter, because I didn't realize it was on until I'd already snapped a few) ... 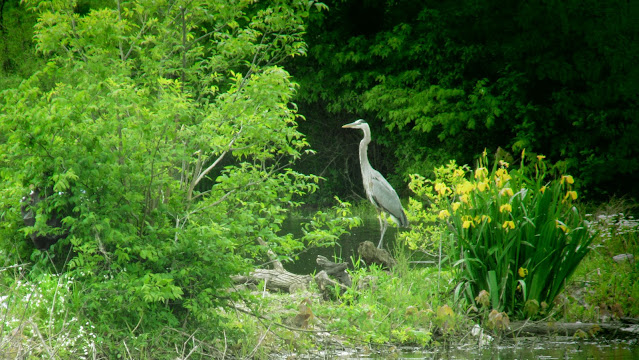 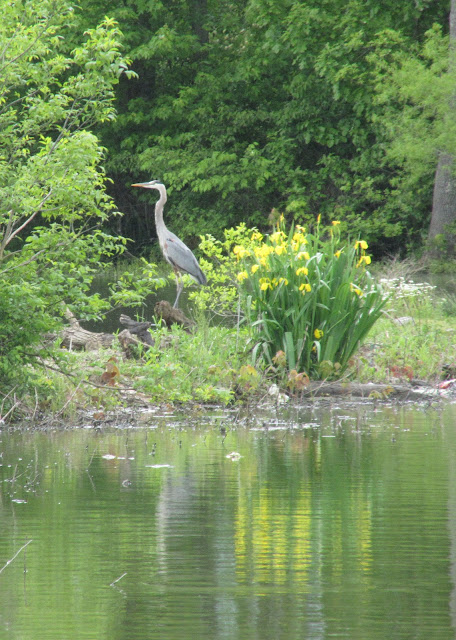 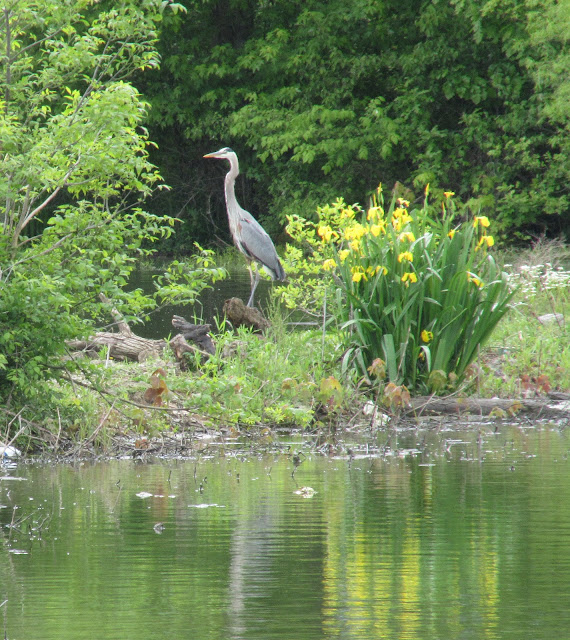 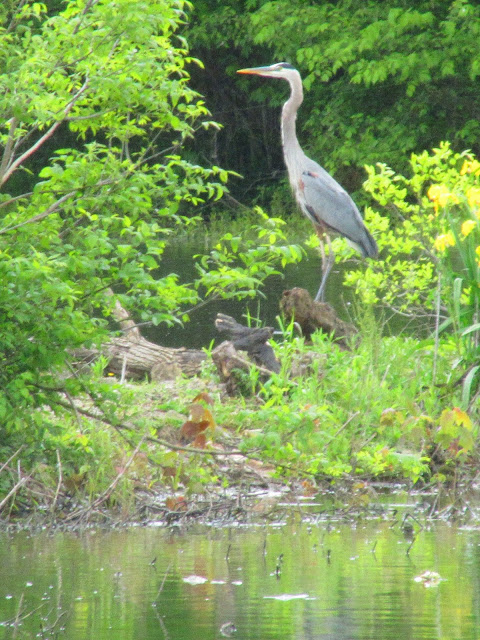 ... but we noticed two large white birds in the middle of the lake we thought at first were ducks, but as they moved closer, we realized it was a pair of migrating trumpeter swans that had stopped by on their way north :)

It had been a while since I'd seen swans in central Kentucky, so I took a couple of photos, hoping their appearance was a good omen :) 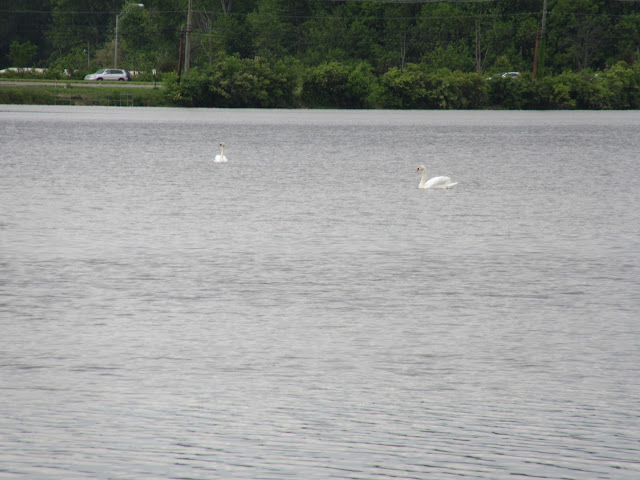 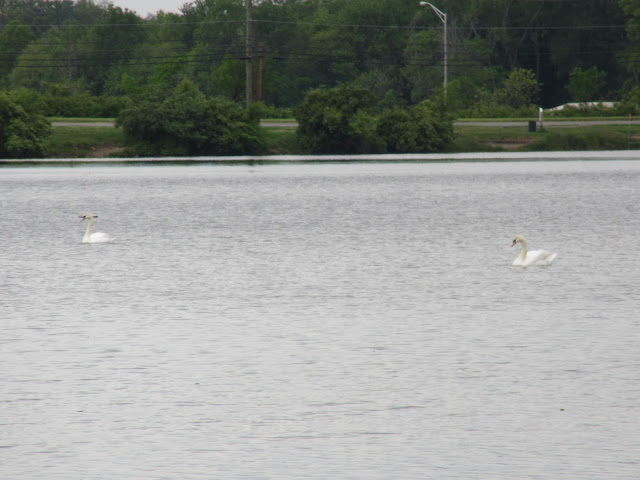 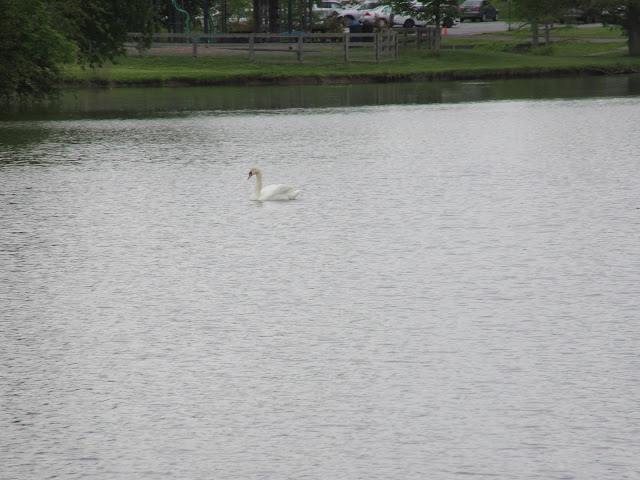 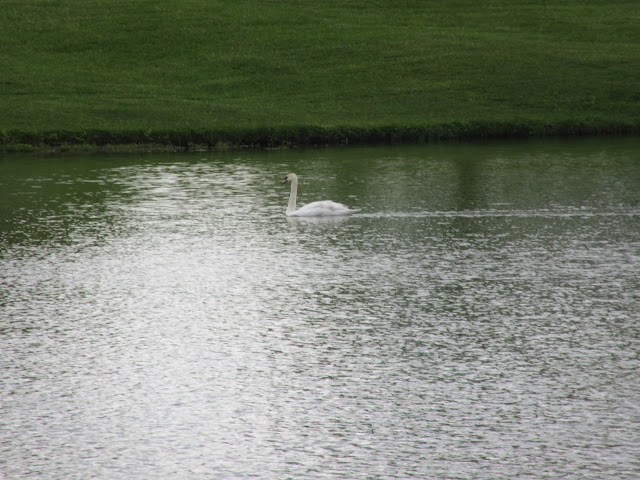 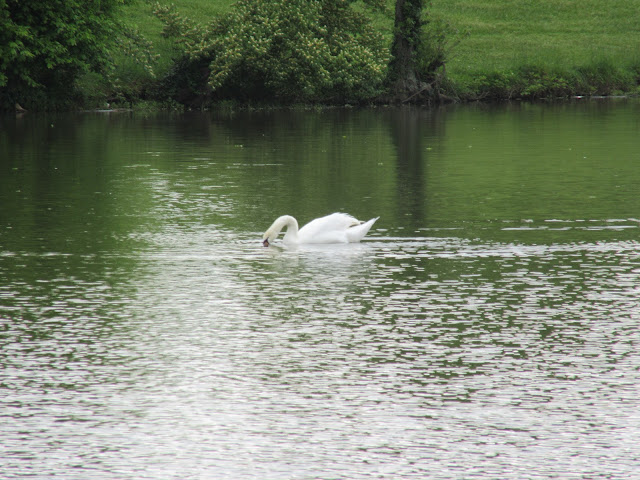 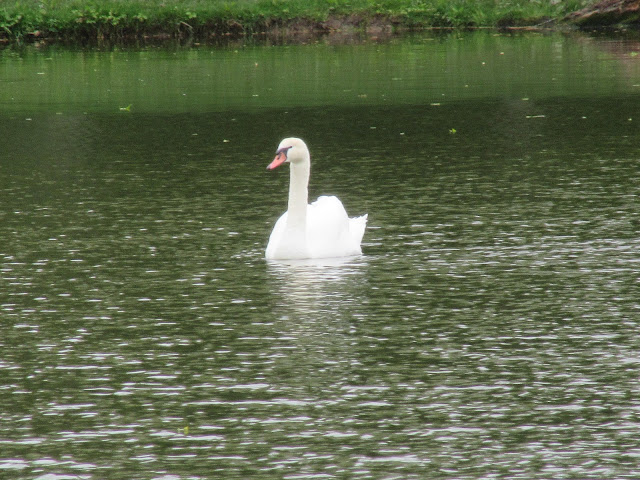 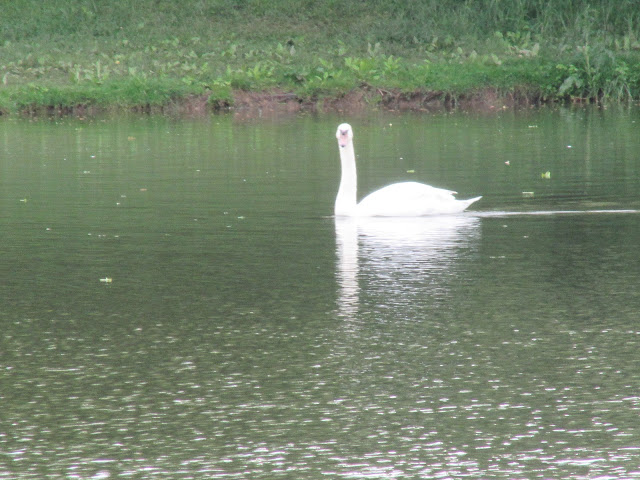 As I was getting ready to post these photos, I went ahead and cleaned off some older ones from my digital camera in preparation for up upcoming vacay.

These are just some daily visitors we have that I don't think I've posted recent photos of?

A robin in the holly tree, before the robins devoured all the berries from it before Christmas (in like two days) lol 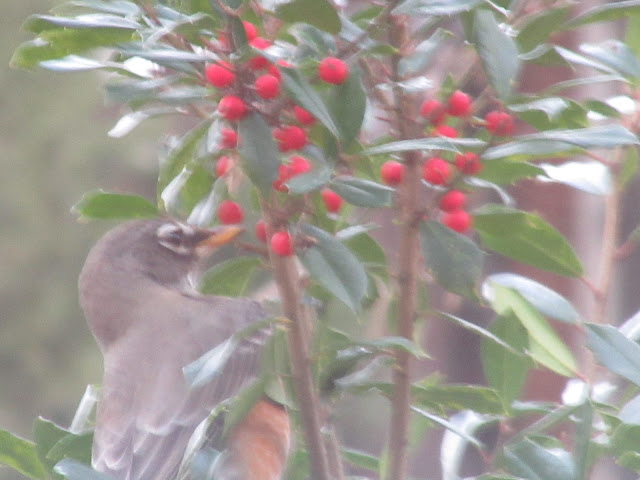 A downy woodpecker at our feeder ... 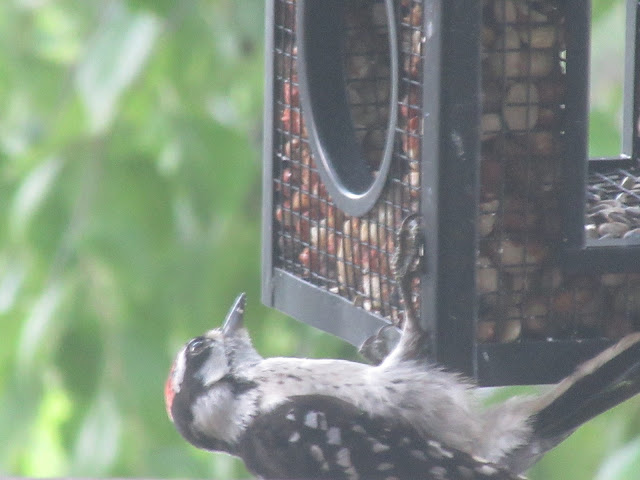 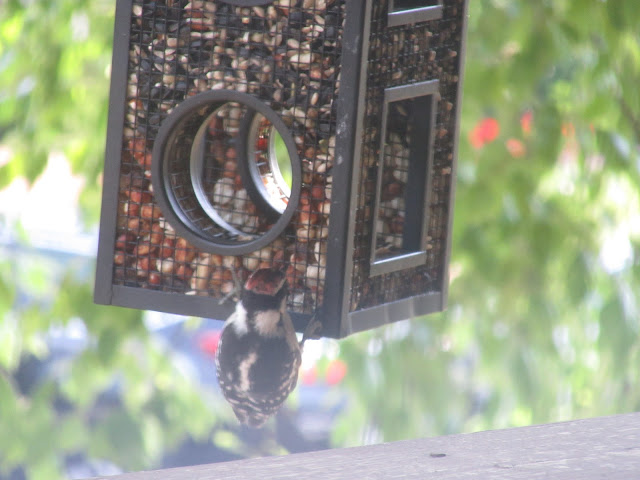 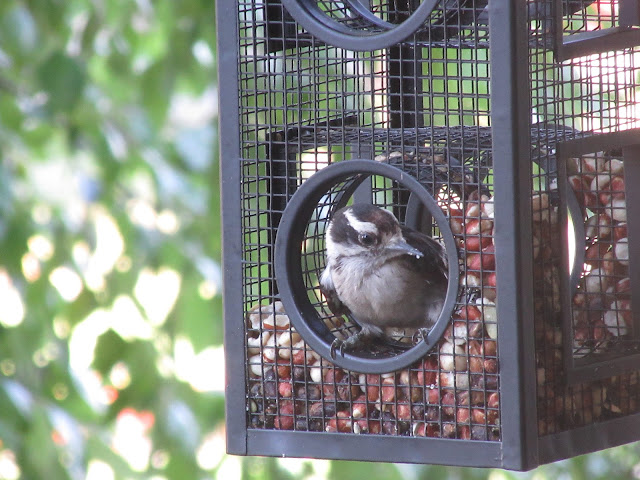 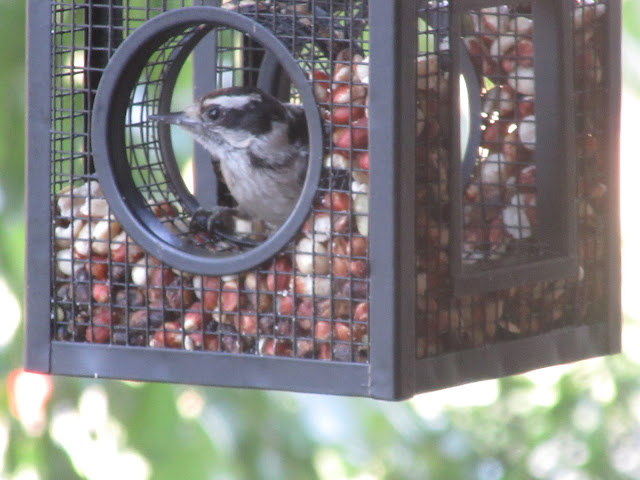 And a pair of American Goldfinches ... 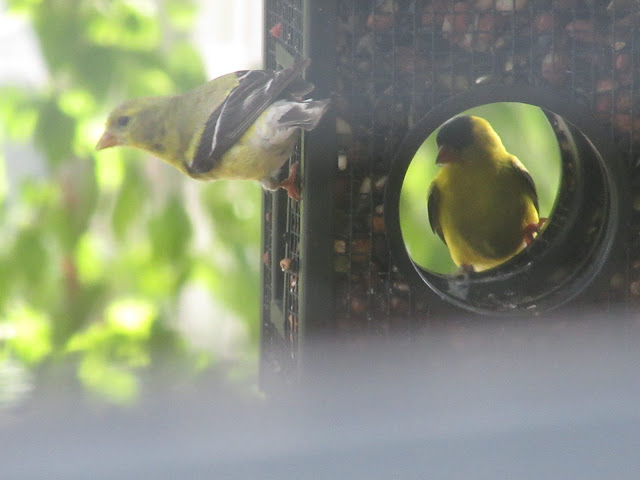 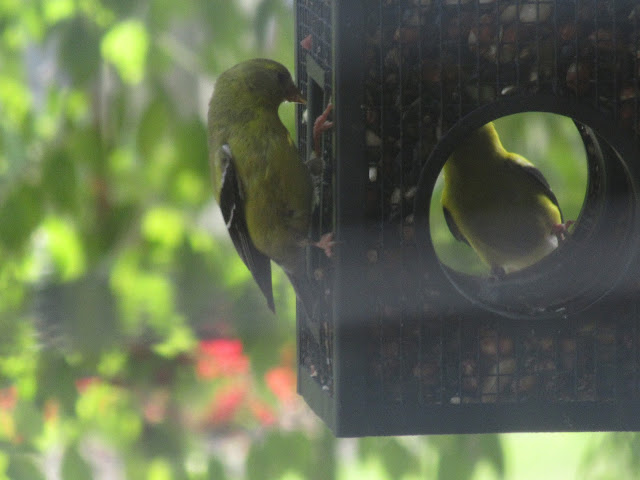 On a sad note, we lost our buddy, Gibbley the squirrel, last fall.

Mark came home and said there was a giant squirrel dead, in the road - and for some reason, though we have a plethora of squirrels about,  I just knew somehow that it was Gibbley, and it was :(

We have some other squirrels that stop by for nuts, but none of them as friendly as Gibbley, who you may recall, used to scratch at my French patio door to let me know she was here and eat nuts right out of my hand :)

Thus, these are the last photos we have of Miss Gibbs..  I still miss her sweet face and temperament, and her daily visits, keeping me company during COVID after Snuggy pug passed  :( 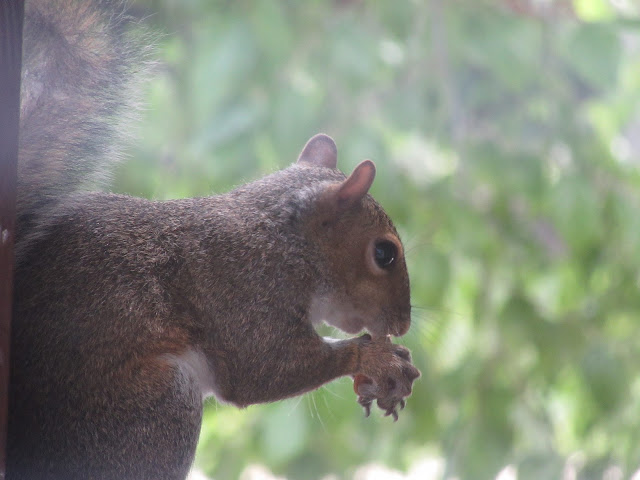 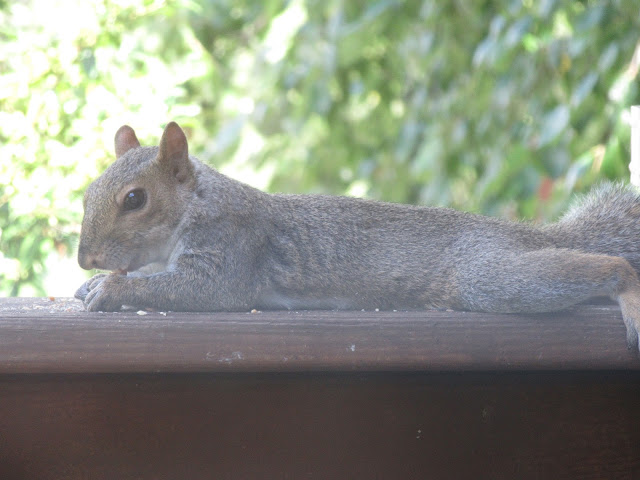 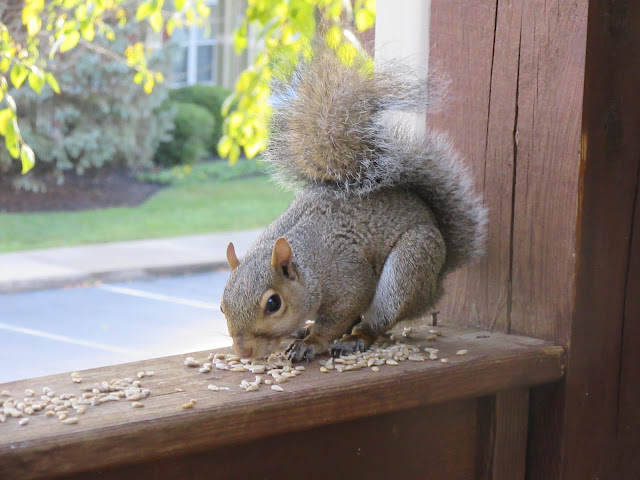 So as not to end on a sad note, here are the New Guinea Impatiens I picked up today :) 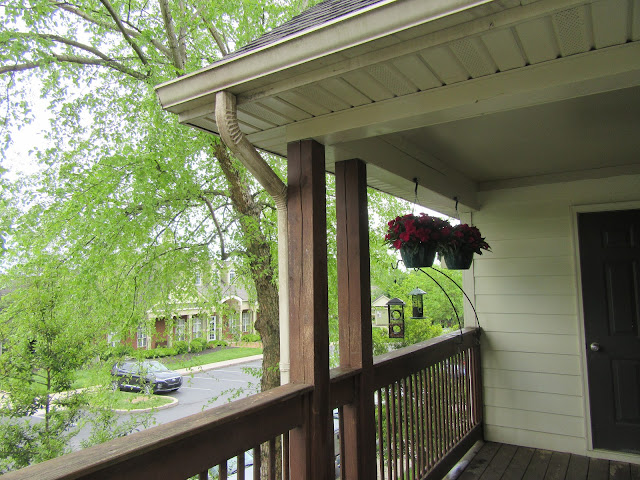 They look almost red in these photos, but they're actually a deep fuschia pink, in person - maybe it's because it was so cloudy today. 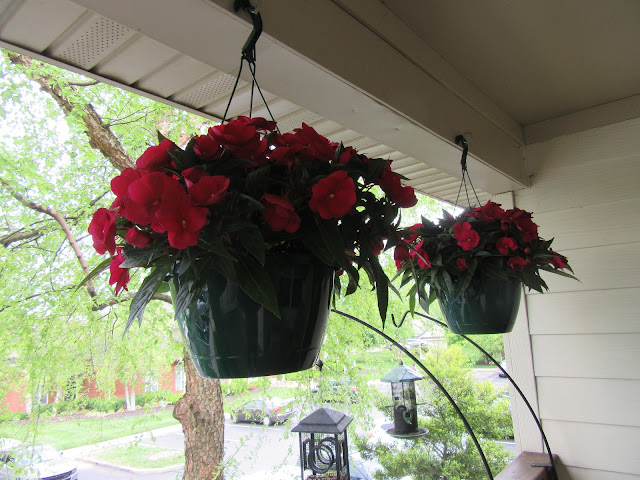 Here we go, when the sun finally came out just moments ago, you can see more of the pink than red :) 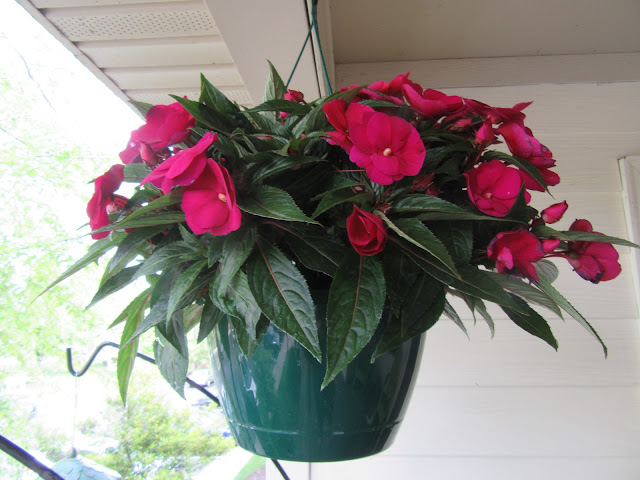 Hope everyone's having a great Sunday, too!