For those who haven't seen it yet, below is the graphic video of Ronald Greene's death that Louisiana State Police hid for two years.

Ronald Greene was a 49-year-old barber, who had just gone into remission with cancer, who was on his way to Florida to meet his wife in vacation celebration on May 10, 2019. 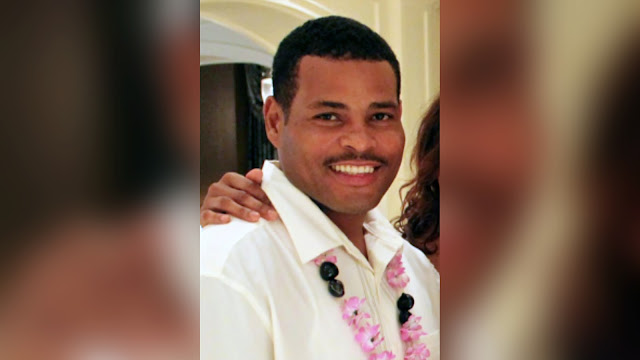 Several troopers began following and chasing him for unknown reasons, for which he panicked and  instead of stopping, just drove faster, apparently trying to cross the state line  - as is evidenced by the first thing he says when he stops and the cops open the car door, "I'm sorry, I'm just scared, man.  I'm just scared."

And who wouldn't be, as a black man with police in America, innocent or guilty - especially in Louisiana?

Now, first of all, I need to state that if you run from police, innocent or guilty, bad things will happen to you - but it NEVER should be this - especially if you're apologizing and not resisting arrest.

(Actually, about the state-line thing, it's a common  misconception that state police cannot pursue you past the state line.  Actually they can, when in active pursuit - plus engage the next state's police if needed, and that was Mississippi, which is just as bad, if not worse - but like he said, he panicked and wasn't thinking about anything but what would happen to him if stopped and black in Louisiana.)

Now -  before I show you this graphic video, let us not forget, though reading of the official history of NOPD website or Louisiana State Police websites won't tell you this, historical Louisiana government documents, old press, and college history books will  tell you the actual story (rarely high school history books, especially in Louisiana ;).

Those official police websites, many Republican politicians in the area, and some high school history books,  will tell you it was instead  "due to widespread crime."

However, the truth is - verified by historical government documents, including minutes of government meetings at the time, as well as press articles, at the time -  the police force in Louisiana was essentially created in New Orleans in 1796 under the regent of the Spanish colony (recently conceded from the French) , Governor Luis Hector Carondelet  - the same year as the start of sugar plantations in New Orleans - to basically identify, curfew, and "recruit" (kidnap) people of color - including even free people of color -  to work the sugar cane.

Working as a sugar cane slave was essentially an automatic death sentence - a slave working sugar cane could expect, on average, to die within 10 years after being sent to these death  labor camps, working 10 to 12 hour days in intense labor and heat until he dropped dead, then was thrown into a mass grave.

(In fact, many slaves in the Southern U.S. were often threatened with being sent to the Louisiana sugar plantations as punishment.)

Also, the "crimes" were mostly about new laws prohibiting public gatherings for fear slave revolt - things like dance halls or gambling parlors -  and they failed to mention, or apply the law, to how many of these "crimes" also included themselves and the wealthy ;)

Additionally, most of the "crimes" had to do with now limiting  the former freedoms that both slaves and people of color had under  Code Noir and French rule, versus the new Spanish rule.

So many of these "criminals" either innocently not knowing all of the new restrictions or outright knowingly bucking public gathering laws in freedom, because there was still so much French presence in the region and confusing government leadership - but the police force didn't actually care, they just needed sugar cane workers and it was a quick, cheap way to recruit them.

The New Orleans police force was the first militized police force in North America, though under Spanish control at the time.

(By the way, though French was in his heritage, Carondelet was Spanish and a Spanish-territory governor, so the official way to pronounce his name was Cah-ROHN-duh-let versus the French way of Cair-AWN-due-LAY - but considering most people still spoke French during his "reign," they pronounced his name the French way and pretty much still do today.)

This, of course, became a difficult task in New Orleans, who though previously had slavery, operated under "Code Noir" codes from France, which allowed slaves to buy their freedom, allowed them to marry, and disallowed violence against slaves.

Tack on to this that 1796 was the year of yellow fever in New Orleans, so police "rounding up" anybody wasn't such a good idea and resulted in the deaths of hundreds to thousands, police/soldiers included, from yellow fever - and yet they kept "recruiting" even free people of color, under the excuse that they were "criminals" for defying the new restriction laws on public gatherings by people of color anyway, for sugar plantation slaves, to replace the dead, despite the an epidemic and public health and safety concern.

Eventually, after complaint by wealthier mixed-race citizens, a few "mulattos" (biracial) were hired as police, but the racial troubles continued until a full-scale riot against police happened in 1830.

And if you think that's as bad as it got with slavery in America, think again - because after America became a country, they followed British slavery code rather than French or Spanish, and treatment of slaves in America reached an all-time level of power abuse and sadism.

Under American/British colonization rule in Louisiana. after we bought the territory in 1803, not only could no longer buy your way out of slavery or legally marry, but there was no hope of your future generations buying their way out of slavery/becoming a free person of color, and physical punishment including death -  for not just punishment, but mistreatment and violence towards slaves for sport and party entertainment - was now legal.

The reason we followed more strict British slave rule in America was because Jefferson in particular wanted to keep the South happy, who especially became terrified of a slave revolt, if they let people of color gather, after the successful St. Domingue/Haitian Slave Revolt of 1803 - but that's a whole other post.

It suffices to say that after that, neither the U.S. or Britain, nor any other country besides very countries in remote South America (and Jacobin France) would trade with the newly formed Haiti, nor even recognize their new government - even Cuba was afraid, as their were consequences to the other colonies if they did trade with Haiti.

Plus, no one on earth was interested in working sugar cane fields, even for pay (low-waged as it was), until sugar refining processes came into use, much later - but still, no one would trade with them for sugar, coffee, or anything else.

Thus, Haiti tanked not because "blacks lacked the intelligence and skill to how to run their own country," as many white Americans and Europeans say, but because no one would trade with them after the successful slave revolt of Saint Domingue/Haiti in 1803.

(That's a stupid statement to make anyway, considering black slaves were disallowed military arms, and yet still somehow managed to secretly organize and launch a successful revolt coup using mostly sugar-cane machetes, despite the presence of both Spanish and French military troops!)

Today, though others would trade with Haiti, unfortunately, there's nothing left to trade - all the natural resources were used up for their own sustenance, long ago - lack of crop rotation, over-usage of fresh water = environmental exhaustion.

Now, after reading that overly brief history of police in Louisiana, I want you to watch the video of what happened to this man, one year before George Floyd - with a police use-of-force trainer and expert stopping the video several times to point out how they did not do as they were trained and follow protocol, using unnecessary force considering the man was very clearly trying to comply with their demands and surrender, and even calls their use of force "sadistic."

Now - I understand running from police will never beget good things to happen to you, so I understand him being dragged out of the car after leading police on a high-speed chase out of panic/fear.  I even understand to a certain extent that he was tazed for not putting his hands behind his back, but IMO, not only was he in full panic/trauma mode,  he was using his hands to put himself on the ground - because you cannot both get down on the ground AND put your hands behind your back at the same time.

What I do NOT understand is though he is not resisting arrest, he keeps apologizing and trying to get down on ground all the while, while being pulled in different directions - why he was beaten, tazed repeatedly, choked, and disallowed to roll over on his back after being handcuffed as is proper protocol, sit up to breathe better out of fear of the officers "He'll spit blood on us. He's probably got the AIDS" ... which you can actually hear one of the officers say in the video.

What has happened since?

1)   The officers told his family that he died in a "deadly car crash upon impact after high-speed chase, hitting a tree," and released that as a public statement.

2) The official report, however, listed him as "screaming and resisting arrest" and thus a tazer and force was necessary.  Yeah, he was screaming all right, from pain - and there is no evidence whatsoever that he resisted arrest.

3) The medical coroner's report said he died from "cardiac arrest," with no mention whatsoever of the beatings, choking, or repeated tazings. 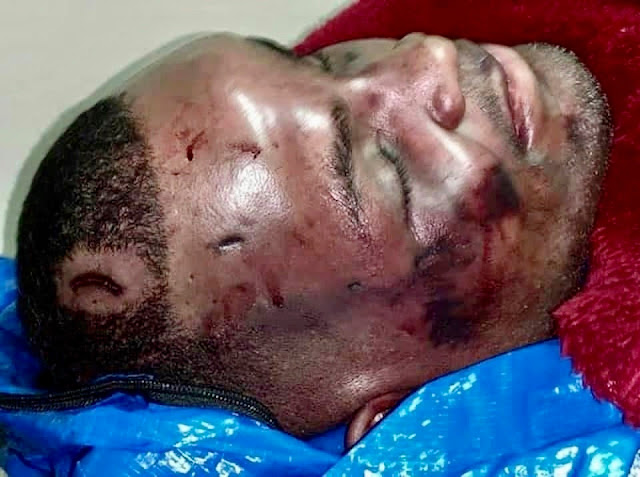 4)  Most importantly, no disciplinary action at all was given to the officers in the two years since, even after release of the body cam footage, two weeks ago.