Not sure why Hot Rod Charlie set the pace and led right out of the gate, but amazed that he maintained the lead right up until the very end, amazing horse!  Wow, now THAT was an exciting race!

But in the end, it was essentially a two-horse race, and we thought for a second it would be a win by a nose  - but  Essential Quality squeaked past him for the Win,  Hot Rod Charlie Second/Place. 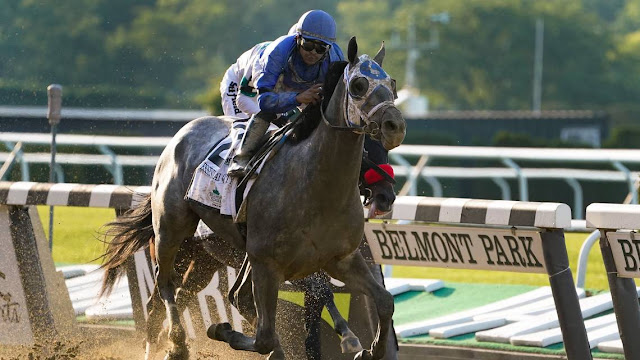 (You can always identify Doug's horses, even in the backstretch, because they always have a fuzzy red noseband;) 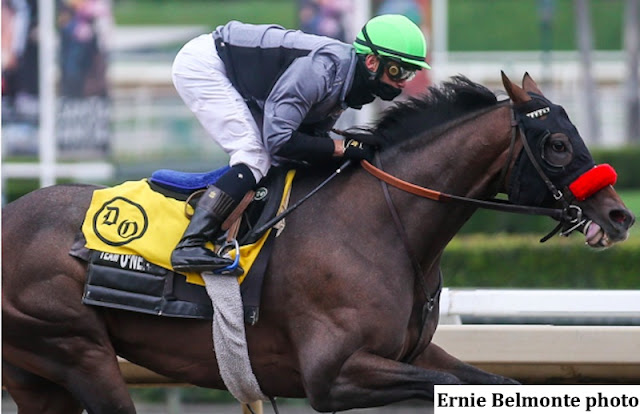 Interestingly, in the Kentucky Derby, it was Hot Rod Charlie 3rd/Show and Essential Quality was 4th - and if Medina Spirit is disqualified, they will both move up to 2nd/Place and 3rd/Show, but in the opposite order lol.

Makes you wonder if those two had run in the Preakness, what would've happened?

It also makes you wonder if the reason these two horses, and several others, skipped the Preakness, this year, is really because the five-week rest is better for the horses (it is) or was it because Bob Baffert was still allowed in the Preakness, despite cheating in the Kentucky Derby, but neither he, nor his minions, were allowed to/near their horses at the Belmont?

(Doug, don't answer that, let's go with the better rest for the horses thing lol ;)

Actually, Todd Pletcher does that every time, if he doesn't win the Derby, and Doug has done that before, too, so the answer to that last question is - maybe this year, both of those reasons came into play ;)

Btw, we love Doug's horses and HRC, as you all know - but I gotta say, Essential Quality is a beautiful horse, a beautiful dapple gray - my favorite horse color :) 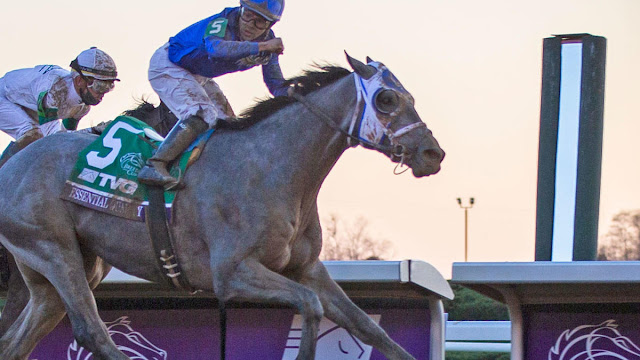