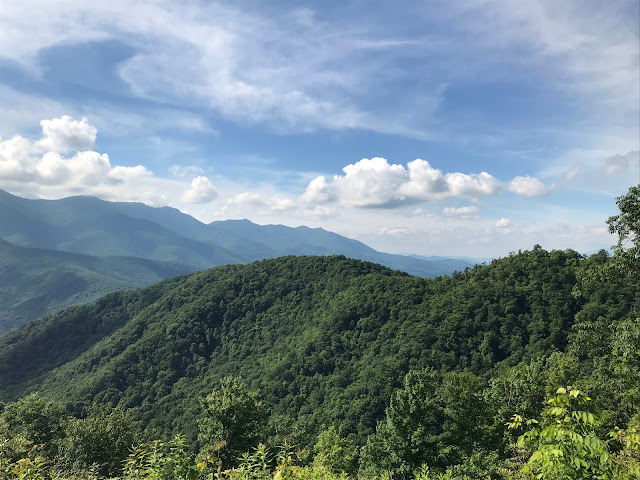 After leaving Linville Falls, we decided to take the Blue Ridge Parkway down towards Asheville rather than I-40 the whole way, because neither one of us had ever been on it - and I'm SO glad we did! Absolutely stunning views of the Blue-Ridge Mountains (which I'm told are even more stunning in the fall).

It will take you an extra hour, but it's so worth it!

A few little tips, though -  though the Blue Ridge Parkway runs from Virginia to Georgia and there are several points to hop on, from Linville Falls on to just before Asheville (which we didn't have time to visit, this trip), there is no place to stop except Mt. Mitchell about midway - which means you're going about 60 miles on a mostly two-lane twisty road in the mountains, so take an all-wheel drive vehicle that hugs the road. Also, there is no cell service that entire stretch, so make sure that even with all-wheel drive, your car is in top shape - our new little Nissan Rogue Sport did great!

Also, there is no place to pull off the road on either side, except some very open overlooks - no rest areas.  Make sure to take snacks and  not to drink too much water along the way, because you're going a good hour with no stops but very public, open overlooks every 15 miles or so, with no bushes, and steep drops after the overlook, so no bathroom breaks - sorry!

You know, it's what highway travel was like 40 years ago, try to remember  - you can do it - and it's SO worth it!

Some pictures and video as we make the ascent to Mt. Mitchell ... 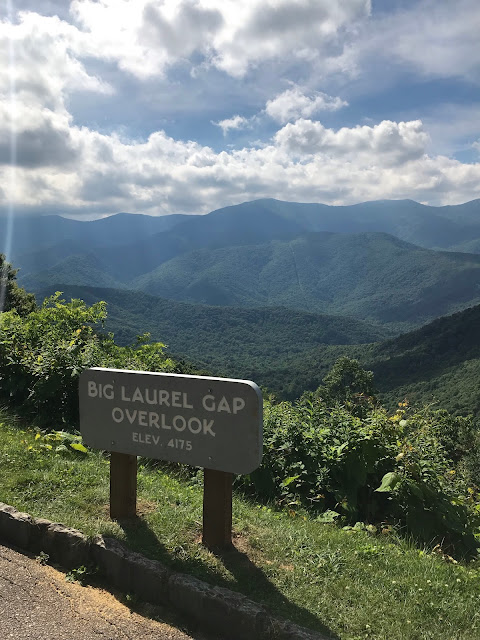 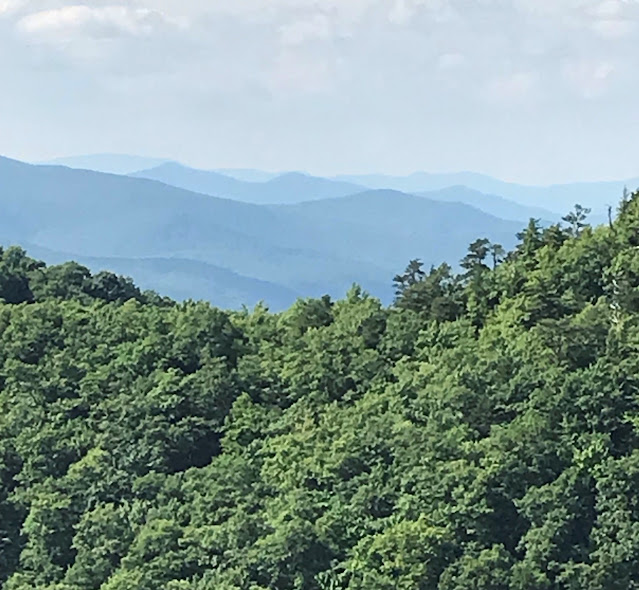 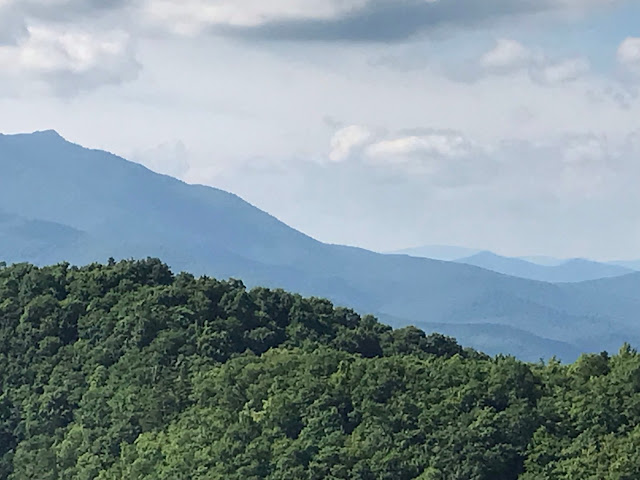 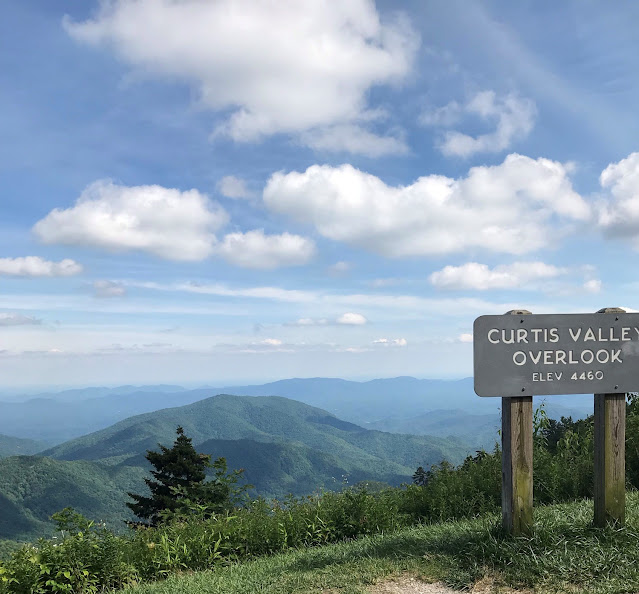 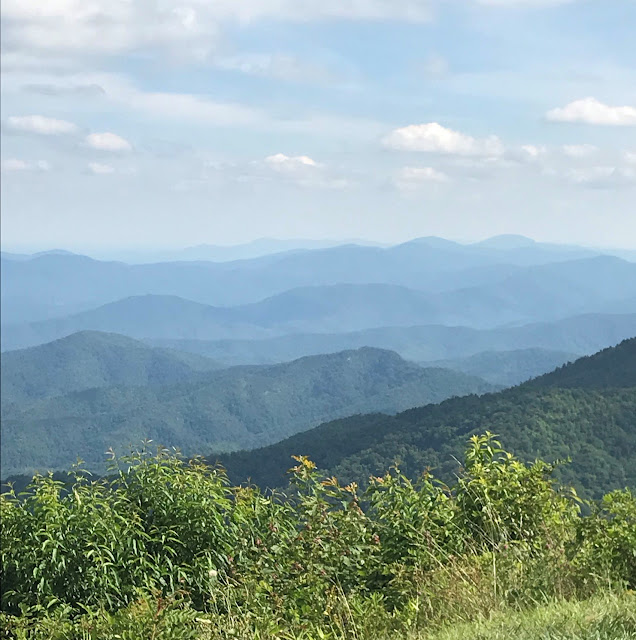 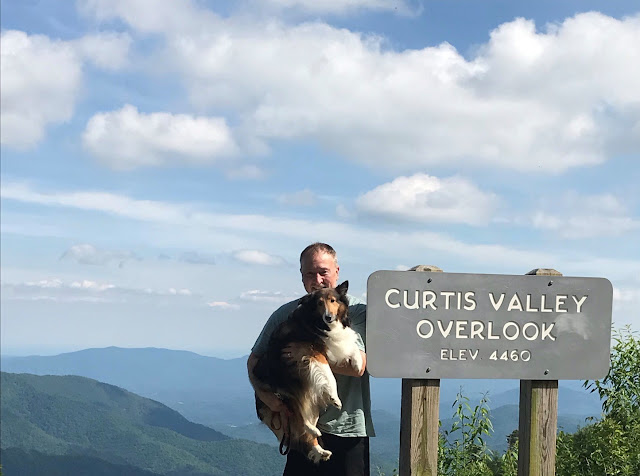 One distinct, cool thing about this area is the Jack Pine, which grows at high elevations, but mostly in the Northeastern U.S. and Canadian mountain ranges ... 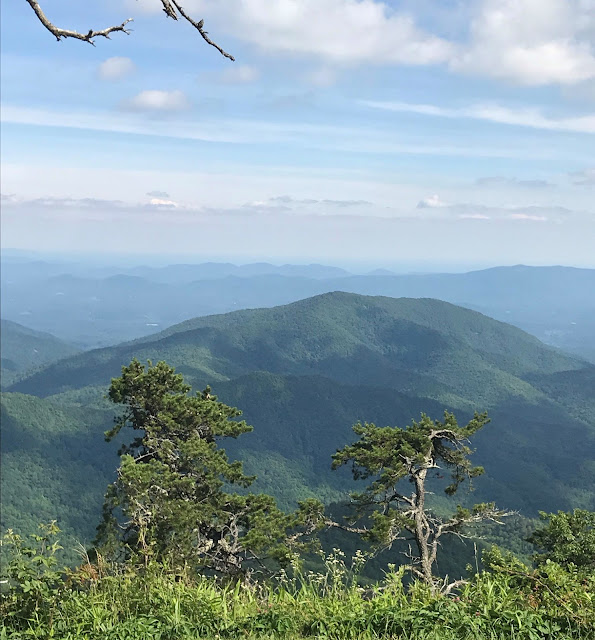 Here's a quick, short panoramic of the Curtis Valley Overlook ...
Apparently, Detroit's own Alice Cooper came on the car radio, right at that moment, and you can hear my husband, Mark, get excited about that, thinking it was the perfect song.
Hey, I dig Alice Cooper, too - I just wasn't sure Alice Cooper and the mountains were THE combo -  but if it makes my husband happy lol :)
Next stop, Mt. Mitchell ...
For those unaware, at 6,684 ft., Mt. Mitchell is the highest point in the Eastern United States - higher than the often-talked-about Mt. Washington in New Hampshire (6,682 ft) on The Weather Channel as being one of the coldest points in Eastern America :) 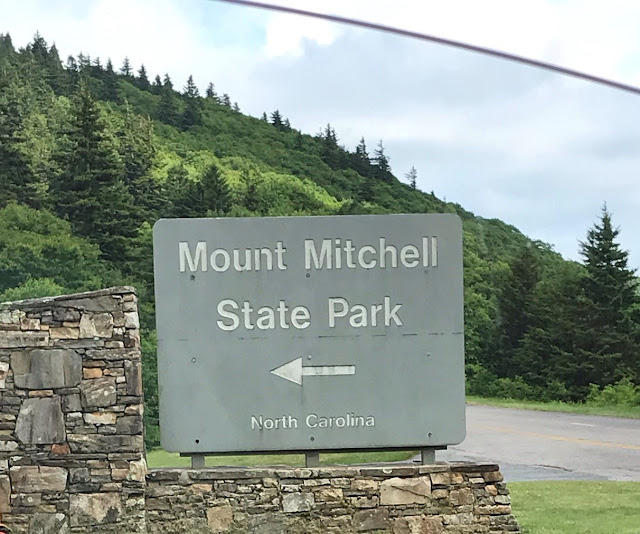 The temperature dropped from an already moderate 74 degrees to about 60 degrees, here, not too bad -but the coolest thing about being here is watching the clouds roll past you at top speed.

They're a little sparse at first, on this video, but wait a few seconds ... and look how fast they blow by! :)