My father-in-law, Mark's father, Tom, passed away this morning, after being ill the past few months :( 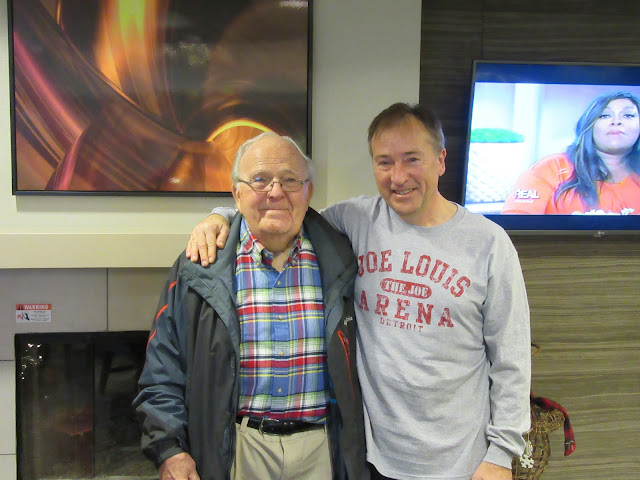 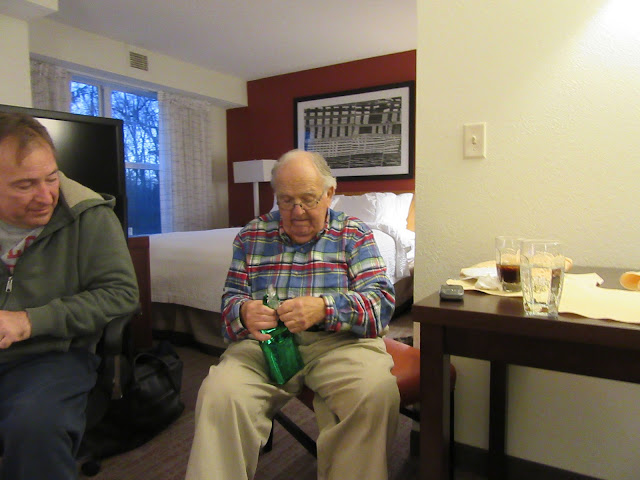 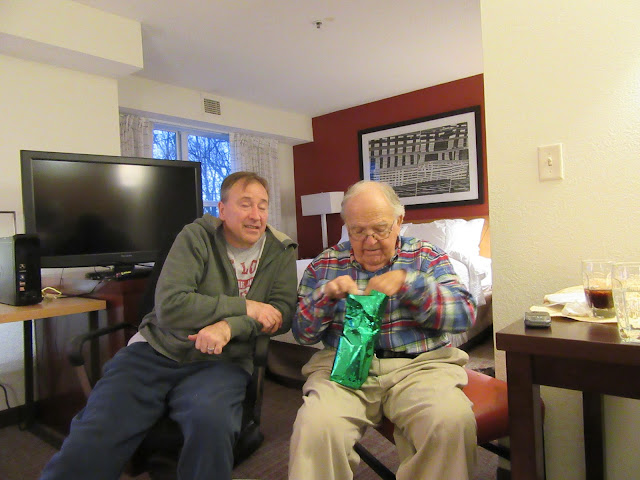 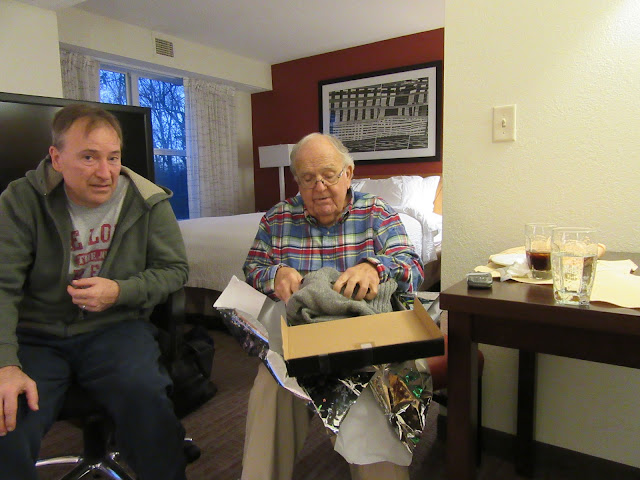 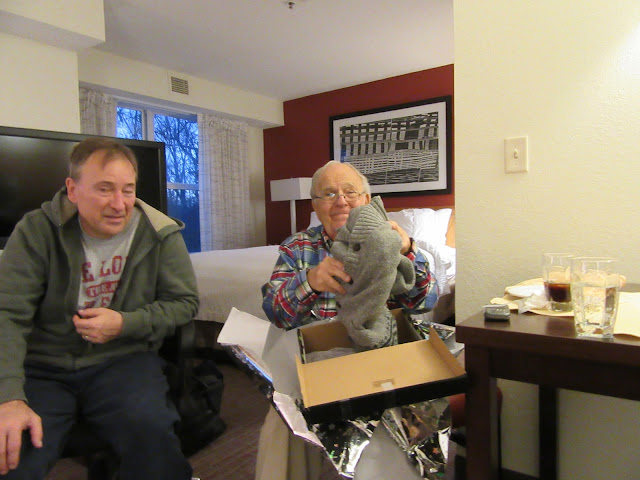 I'm not sure of the actual cause of death yet (he is in Detroit) - no one could visit because skilled-nursing facilities and assisted-living facilities are still locked down in Michigan until June 23rd :(

This all started after he just had a mechanical fall in March, due to a bad knee, and otherwise seemed fine; but over the next few days, his mental status and health began to  rapidly decline, so he was moved to a skilled nursing facility, and there was suspicion for vascular dementia. He wasn't eating and they asked the family for a feeding tube and was hospitalized again.  The hospital physicians decided against a feeding tube, as he began to improve.

So much so that he was moved from a hospital to a skilled nursing facility, who then released him to assisted living because he appeared to be getting better.

Then the dementia rapidly progressed again (?) and just kind of took over him, the past three months.  It so weird, he was literally mentally fine and sharp as a tack just a week before the fall, at least on the phone.  His memory was fine, both short term and long term.

The thing is, our vacation starts tomorrow and we can't get a refund.

I said we should cancel it anyway, but Mark still wants to go.

I'm not sure he's dealing with this - kind of acting like it didn't happen.

Then again, Mark and Tom were estranged for 25 years until 2016, so perhaps he grieved him for a long time first already.  I did that with my Dad, so when he actually died, I didn't cry because I already had accepted his loss years before, if that makes sense?

Then in 2016, Tom contacted me on Facebook (which I'm no longer on).  I made sure they at least reconnected, and the rest was up to them; however, there was some residual family tension that I was hoping would get resolved - but it never did :(

Maybe he will change his mind and we'll go up to Detroit  instead, who knows - totally his call.  I'll let him lead.

The last time I got to actually speak to Tom, he thought I was mad at him, because I had to yell - he could no longer hear me. His hearing had suddenly gotten dramatically worse, too.

I asked his brothers and sister to tell him I wasn't mad at him, I was just yelling because he couldn't hear me, and to tell him I loved him, I've never been mad at him, the history between Mark and him is their history, I wasn't there.

However, he seemed to be unable to hear them much, either, so I don't know if he ever heard that. I just hope he knows :(

I knew this was coming - I tried to call both his room and his cell several times and could never get an answer.

So yesterday, while I was home alone, putting clothes in the washer - no TV or radio on -  I swear to you, I heard a male whistle from our bedroom.  I know I didn't imagine it, because Brookie heard it, too, jumped up, and ran into the bedroom.

Not like a wolf-call whistle ... I don't know how to describe it, but more like a "heads up" or "pay attention" type of whistle,  "WHEW-whoo" - almost like "HEL-lo" ... similar to the iPhone whistle sound when someone likes what your text and/or that some people use for incoming texts, but deeper and breathy , like a true whistle - but my phone was next to me, and neither myself nor Mark use that sound for incoming texts.

I use the fairy/magic sound for incoming texts, Mark uses the basketball swoosh, when it's not on vibrate, which it usually is -  and again, he wasn't even home anyway, and he had his phone with him and mine was near me, not the other room.

I ran into our bedroom, after Brookie, but nothing.

Again, no TV or radio on.

Well, I forgot all about it until I went to bed.  Then something else happened (read below) so I turned on the light.  Mark saw the light come on and came in the room and asked if I was okay:

Me:   "I know it sounds nuts, but here's what happened today that I didn't tell you about, I forgot about it until just now" ... and I told him about the strange whistle that sounded like it was literally in the room, but I convinced myself it was someone outside.

"I kind of forgot about it, but tonight, as I was drifting off to sleep and I swear, it's like someone literally sat on the bed.  I thought it was you. And right now, it just feels like someone is in the room with me, but there's no one in here lol."

"I'm not sure if someone or something is trying to warn me or or let me know something or it's a dark presence, but it gave me a chill either way.  I get the feeling it's more a warning, a heads up?  Regardless, can we sleep with the lights on?   LOL."

Mark: "Something bad is going to happen to us on our vacation?"

Me:  "No, no, nothing like that.  I don't know, it's like ... it's not related to anything about us directly, it's something else that will affect us.  I don't know how I know that for sure, I just kinda know."

" I could probably try to "tune in," like I used to, but I don't do that anymore.  I don't WANT to know, and that "ability"  scares me and makes me feel crazy, because I don't understand it. It's not logical/doesn't make any sense and I don't want any part of it.  Let's just say I'm crazy LOL."

However, what I did agree to do was turn on the iPhone iOvilus app to see if any words spat out, though the phone app version is pretty useless.  A few words, but nothing that made any sense.

Well, in hindsight, I just added this - that's not completely true.  It spat out a few words that didn't make any sense, then was very quiet for  a long time, so I went to the bathroom.

Like it was politely asking me if I was finished in the bathroom.

I would've thought it was random, but toilet paper being said at all was pretty weird, so I laughed and said:

"Yes?  LOL. I'm finished, go ahead. Is someone trying to tell me something today, something you want to say? Who ARE you?""

Then nothing else - it was radio silent for the next 30 minutes until I turned it off.

It didn't make any sense, at the time - but now it totally makes sense, given the family situation.

Both of us forgot about it today, until Mark's brother called to let him know, while he was running last-minute errands, and then Mark called me - in fact, he's still out running them - pretending this doesn't bother him :(

In fact, I immediately cried, but he hasn't - I think I'm taking it harder than he is!  But then again, he'll process it when he's ready, I guess, don't want to push him.

Then I remembered the whistle and the sitting-on-the-bed thing, and he called back about something, I asked him if he thought maybe that's what explained my experiences yesterday?

Mark:  "OMG, I'd forgotten about that today - and I also totally forgot, he used to whistle just like that trying to get our attention.   I didn't even think of that last night. See?  You're not crazy - you get this kinda stuff sometimes."

Me "Yeah, but it's been a long time.  So long that I doubted I ever had that "ability," and thought it was something I made up to comfort myself about the afterlife.  Or more like I pushed it away, it scared me, made me feel crazy because it didn't make any sense.  And I decided I just don't want to know.  I would find out about things at the same time everyone else, like normal people, because what good did it really do me except make me feel like a nut?

"I couldn't explain it, so I needed to attribute it to something else, something logical, something scientific - that the mind and emotions are powerful, the mind can play lots of tricks manifesting emotions."

"But at the same time, that's why I initially got into ghost-hunting.  I wanted to understand those experiences, find a way for science to explain it, but still knowing energy can't be created or destroyed, only transfer, and if I could just figure it out, but I couldn't.  So I even just eventually chalked it up to I must be crazy,  because at least it's that's SOME  logical explanation lol."

"But the weird thing is, when it's THAT strong -  I CAN'T push it away and explain it away easily, because the moment I do, something else happens and gets stronger and stronger until I acknowledge it.  And the "heads-up" timing is always right.  Always.  I'm sorry ... maybe I should've tried to tune in more personally myself, rather than the phone app, last night? "

Regardless, it's done - rest in peace, sweet, sweet man - I love you, and you know Mark loves you, too - more than you ever knew.

I know that you loved each other, you both just couldn't "accept" and "express."  :( 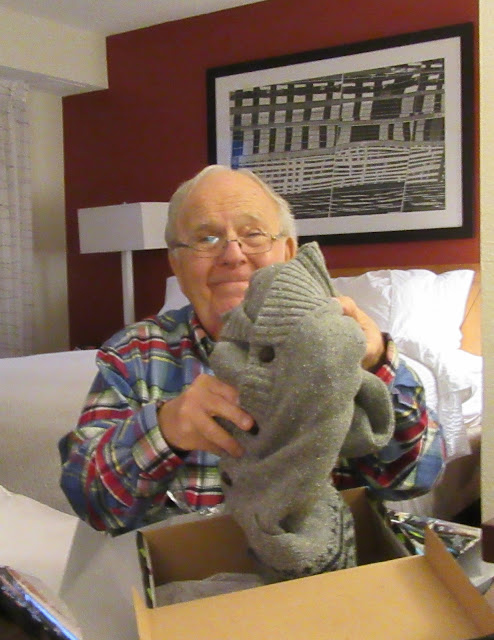