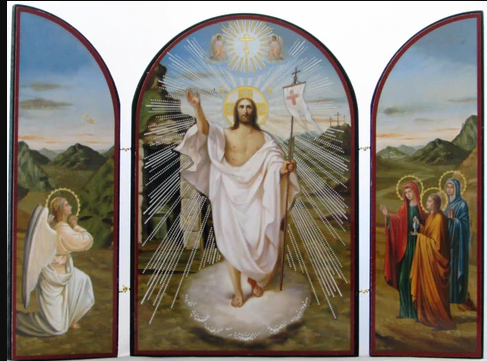 I am most fond of the Luke 24 version of the resurrected Jesus's first divine appearance being to women, because it states the men dismissed them/didn't believe them, as it would likely happen today lol - women are often not believed despite telling the truth, by both men AND other women :(
Also, a divine appearance being to women first was scandalous - it was defiantly outside of the bounds of OT temple law (read below the excerpts of scripture).
It's a long chapter, so I'm skipping to the important parts lol ... 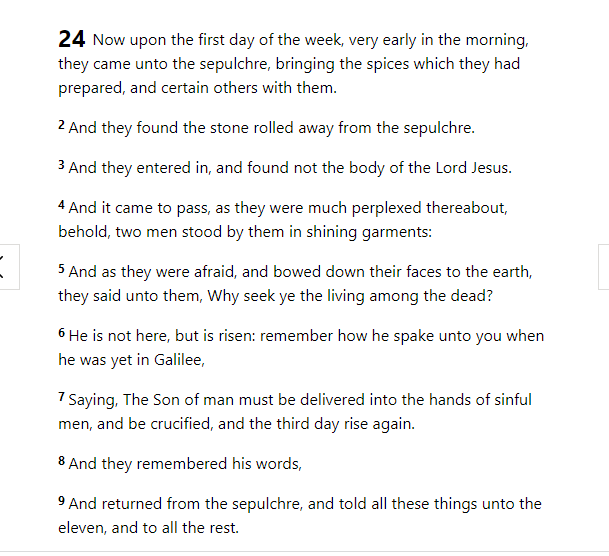 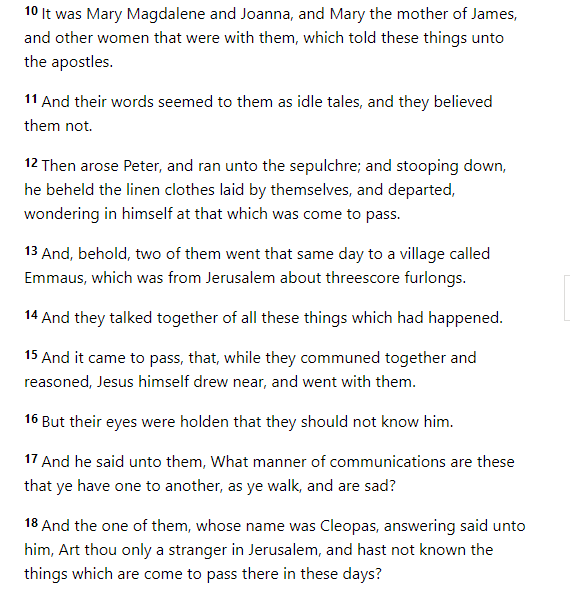 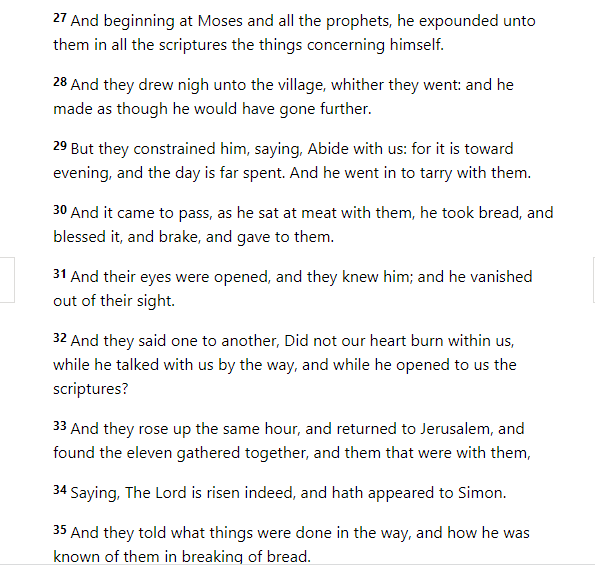 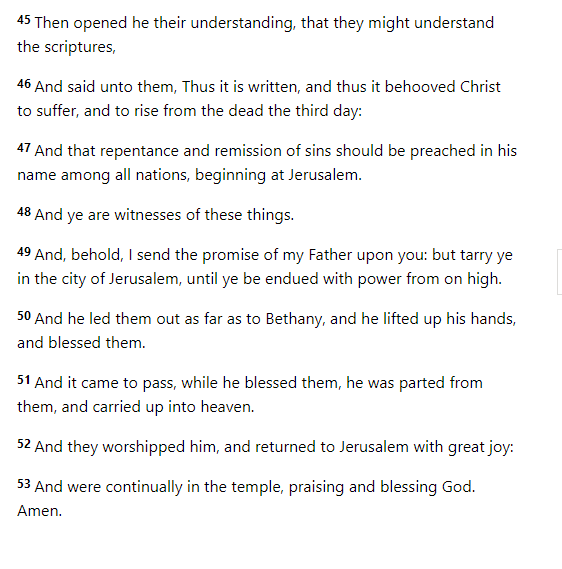 As I said above, God's presence appearing to women first was outside of OT temple law, as far as order of who could be closest to God's presence (read on).
Jesus stepped outside of man-made Levitican and Old Testament law many times, even directly repudiated it, when he felt the laws were man made and did not "hang on love" (i.e., healing on the Sabbath), so this was not the first time he did so in general, or even the first time when it came to women.
In fact, one of the three women to first see the resurrected Christ was Mary Magdalene - the woman whom Christ saved from being stoned.
Under Levitican/OT law - which was heavily influenced by the law of their captors, Babylonians,  who didn't believe in an afterlife and thus all punishment was harsh and swift - women were property as cattle, they were considered of lesser value than men.  It was even lawful to beat a woman, as long as the stick you used was no larger than your thumb!
Thus, to the men, Jesus might as well as have been standing in front of a cow, because they were both of lesser value than human men according to man-made Levitican/OT law. They must've thought he'd lost his mind lol.
So that simple act -  before he even spoke -  elevated a woman's spiritual value to equal that of men :)
Many people think that story is about a "harlot" turning from her sin, but in fact, the story is also about equating male sexual sin with female sexual sin, as she doesn't sexually sin alone.
And he did so by uttering these simple words to the men about to stone her:  "Let he who is without sin cast the first stone." :)
Lastly, the curtain/veil tear at the exact time of Christ's death (Matthew 27) - which is much more significant than most people realize - and why Jesus appearing first to the women was important.
At the time, the temple was divided by groups, with the "presence of God" being "held" behind a heavy veil/curtain.
Only the rabbis/priest/holy men could enter behind the veil/curtain,  and then only one time a year.
Outside of the curtain/veil, the temple allowed closeness to God's presence only in a certain order ... 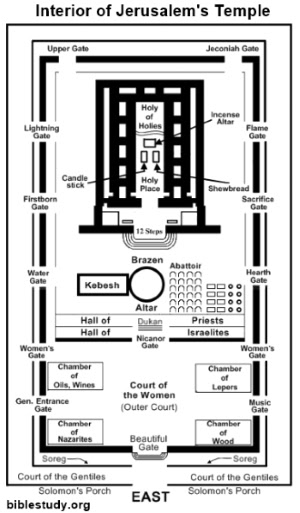 First came the "Hall of Priests,"  - male Israelite rabbis/priests/Holy men - they were the closest allowed to God's presence.
After another divider came the "Hall of Israelite Men" -  2nd closest allowed to God's presence.
Further away from God's presence still - behind yet another divider, and with a separate gate to enter the temple - were the Israelite women, in the "Court of Women,"  behind the men - which also included Israelite Lepers to the right and equal with women, and behind the women, came the Nazarenes/Nazarites  - the lowest, poorest socioeconomic class of Israelites, whom the bible describes many times as being the most scorned -  but nevertheless, the class from which Jesus himself came :).
Behind even them, past yet another divider, and with another separate gate entrance - the furthest allowed from God's presence -  was the "Court of Gentiles" (which would be us - non-Israelite/Jewish people. but who worshipped the God of Israel :).
(Mind you, there is no mention of either the Nazarene section or Court of Gentiles being separated by gender, like the Israelites. I guess we were just  all considered a bunch of equally unworthy, sinning outcasts, according to the church, at that time lol.)
So, when this heavy veil/curtain was torn at the exact time of Christ's death, this was interpreted to mean that God was no longer separated from humans, no longer accessible only by holy men/priests.
In fact, it had larger implications than that - God's presence could go wherever, and to whomever, he liked :)
No more man-made order of who was "allowed" to be closest to God, no "worthiness," no more separation of groups -  God's presence and grace is accessible to everybody - period - which is why we no longer segregate or separate any group in our churches today (or we shouldn't).
This is why the resurrected Jesus's first divine appearance to women was more significant than you think - because it defied OT temple segregation law.
Because in fact, now divine, Christ appearing first to women was the first manifestation of the symbolism of that curtain tear - no more segregation of groups and man-made "worthiness" .rules about who could be closest to God's presence according to OT temple law order.
Through the sacrifice of Christ, the grace and spirit of God is now available to us ALL, regardless of race or gender :)
Amen :)
HOWEVER, unfortunately, not long afterwards,  Paul reinstituted many of these OT temple rules - to include segregation of groups by ethnicity, gender, and social class, once again.
This is why the 1st AD Christian church, the Catholic church, and many Christian churches thereafter still segregated up until even the 20th century.
Essentially, Paul's first church, and many churches after, completely ignored the curtain tear and Christ's first divine appearance to women, or the many times he healed and ministered to those of other races and faiths, in favor of OT law  :(
Paul was clearly very political and he clearly kept waffling on OT law to please the Pharisees, which is something Christ would never do, likely in effort to keep himself alive longer.
We understand why Paul did so, he was human, a disciple that made mistakes, just like the other disciples.
Although the bible does not narrate directly for us Paul's mistakes, like other disciples and prophets, we are left to discern what was human mistake versus Christ's instruction.
This is much simpler than most Christians make it.
When Paul directly contradicts the words of Christ in favor of OT law, this is clearly Paul's mistake - and thus we choose the direct words of Christ instead -  amen? :)
Have a Happy and Blessed Easter!
By Chrysalis at April 17, 2022