A Final Farewell to Prince Philip

The Queen shared this never-before-seen beautiful photo of the two of them at Balmoral  ... love this photo ... 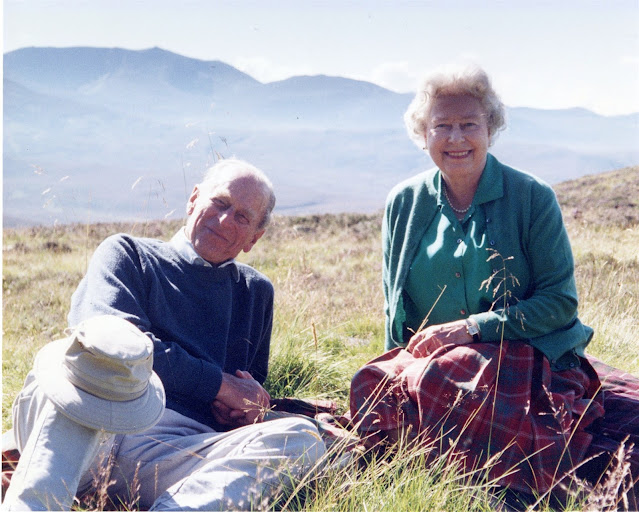 Yes, they're all there, including Harry (though the Queen apparently requested a cousin walk between Harry and William?) ... 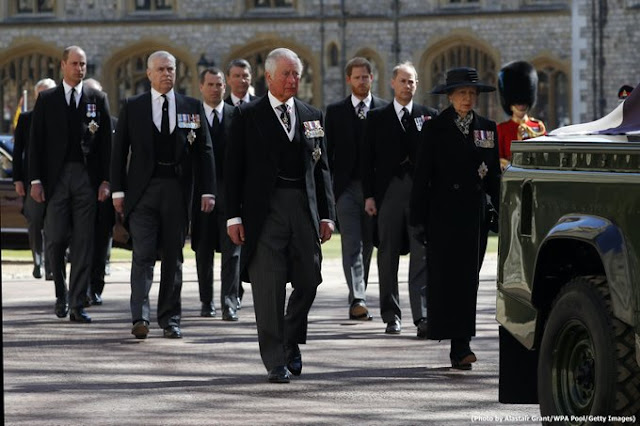 This funeral procession immediately bringing to mind another funeral procession, not quite 24 years ago - one in which though not required, Prince Philip walked along behind Diana's casket along with the boys, simply to bolster Harry, who wasn't sure if he'd be able to do it without breaking - a story verified to be true, by both Prince Harry and Prince Philip.

In fact, in this photo, you can see Prince Philip looking over to check on Harry as they walked, with Harry's face slightly turned to him in awareness of him looking at him  ... 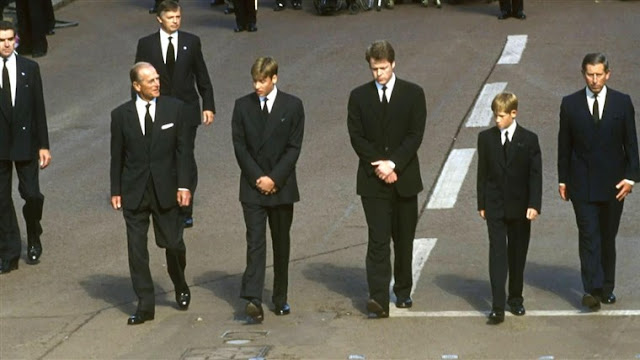 Though there is much in European-based cultures that needs re-evaluation and overhaul, some things should remain, and this is one of them - I absolutely love this British tradition of the royal family walking on foot behind the casket to show respect :)

I understand security concerns, and the fact that today, most cemeteries are far from churches doesn't help - but Britain has  still managed to somehow maintain this European tradition successfully, which we Americans have lost -  with the exception of New Orleans, who also walk directly behind the casket in first and second lines -  albeit a bit differently, with half the walk being in mourning and funeral dirge, and the other half being celebration of life in heaven :).

On a related note, the NYT reported a British complaint backlash from the BBC giving "blanket coverage" of the death and funeral of Philip, to the extent that they had to establish a complaint website due to the deluge of complaints.

Nonsense - BBC is public-owned British television, and Philip's death was a national/international news event - I say, let it be.

In fact, I'm watching it on BBC America right now - thus, I stand with the BBC in their continuing "blanket" coverage of Philip's life and death.

They can get back to who went to war with whom and which political party lied about what, another day - I say at present, we take a pause and take time to honor the life and death of a flawed, but inherently decent, man  - a celebrated military and national leader, father, grandfather, and great grandfather   :)

PS - As they walk from the cathedral, the Queen looks very pale and every-so-slightly unsteady, as she walks out, am I wrong?

Not unwell, just slightly shaken - funerals are so surreal, you've barely had time to process what has happened.

Poor, poor lady -  this one must be difficult to keep stoic and a stiff upper lip for - they're burying her long-life partner today, her true love - just seeing her alone at this sort of thing is heart-breaking in and of itself :( 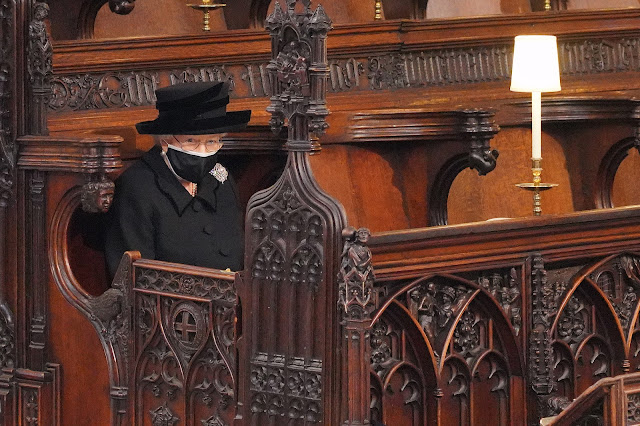 She looks so uncharacteristically tiny and frail, sitting there all alone, doesn't she? :(

Also, at present, as I write this, Harry and William are walking side by side from the chapel and talking in a very natural, friendly way, as they always have - good to see :)

To her credit, Kate fell back, to allow William and Harry more space to talk - good on ya, Kate :)

Atta boys, proud of you - keep talking,  keep trying to work it out -  you two have been through so much together that no one else ins this world has experienced or will understand - you need each other, in this world, you know that.

(I'll post a photo of it when one is posted) 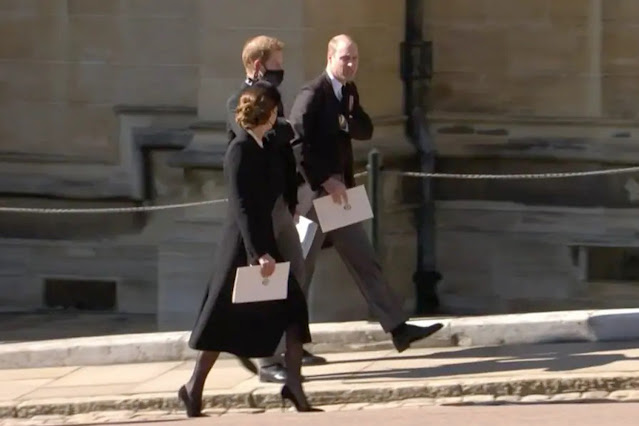 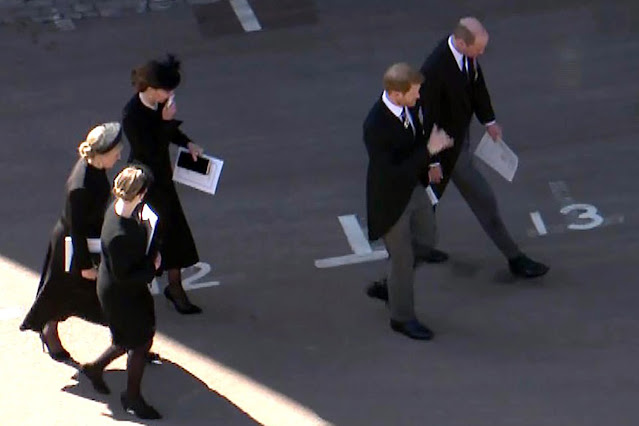 PPS - Also touching was Princess Zara and her husband, Mike Tindall, holding hands while walking, as they left the chapel - rarely seen with royals, but Princess Zara has always been a different breed,  in the best of ways :)

(I'll post a picture of this later, too, once available.)

In fact, my husband, Mark, has met Princess Anne, Mark Phillips, and (Princess) Zara at Three-Day-Eventing equestrian events several times, and has always remarked that though he wasn't particularly impressed with Princess Anne or Mark Phillips (he especially wasn't overly fond of Mark Phillips, though they were still able to find common ground with horses)  -  he found their daughter, Zara, to be very personable, warm, and friendly, putting everyone at ease around her with a warm, kind smile and an unexpected-but-effective, ice-breaking joke - the same way in which her grandfather, Prince Philip, was said to have done :)