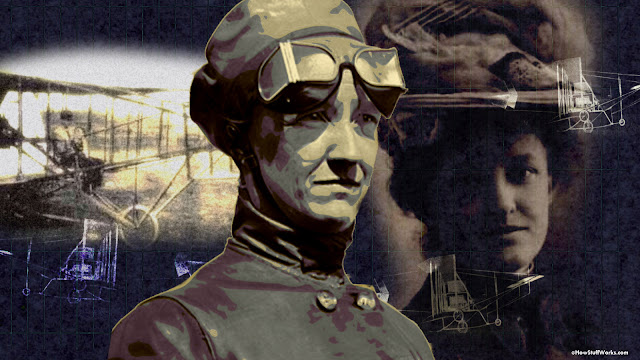 Every Thursday evening, my husband and I watch Antiques Roadshow.  My husband had never seen it until I introduced him to it - but now, if I forget, he's the one who turns it on, he's hooked  :) 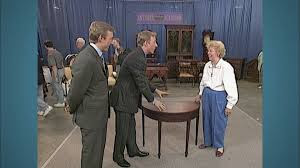 While it's fun to find out how things people bought for a quarter at a yard sale are worth thousands  -  or vice versa, things we thought were priceless are worthless - but the biggest reason I watch, quite honestly, is to still feel connected in some way to my grandparents - and to hear the stories people tell - stories related to historical events, but from personal perspectives - what it was like to live then and what it felt like  :)

In fact, many people go on there already knowing their items aren't worth much, but wanting to tell the stories of remarkable family members that many of us never even heard of - people who's stories should be told.

One of those stories last night was of Bessica Raiche, the first female accredited with flying solo by the Aeronautical Society of America (though Blanche Scott has been perhaps erroneously bestowed this title for making an earlier flight that same month, but there are conflicting reports on this).

In this clip re-aired last night, Ken Sanders, a rare books and manuscripts expert admittedly never heard of her, but found himself trying to appraise the 1910 ASA gold medal she received for her flight.

Her great-grandson did not even know his great-grandmother had accomplished this flight until 10 years before the above clip was filmed, and Ken Sanders had never heard of her - nor had I.

Because we didn't know of her, her congratulatory letter from Harry Houdini was worth more than all of her keepsakes combined, but as her great-grandson explained, he had no intention of selling any of them or even interest in their monetary value - he hoped her story would be told because it deserved to be told.

She was a dentist, a physician, a pilot, a painter, an artist, a musician, a businesswoman, and champion swimmer and riflewoman - and she designed and built her own planes, after that initial flight, with some of both her and her husband's ideas being used later for lighter materials being implemented later in military planes :)

Hard to believe we've only been flying in the air for just over 100 years, isn't it? 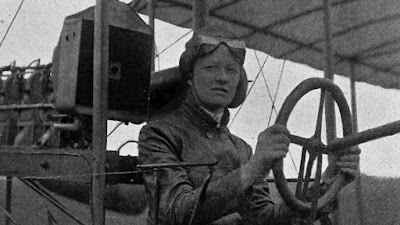 She was a renaissance woman, ahead of her time, who lived her life on her terms, exactly the way she wanted, and didn't care what anyone thought about it or what she "could" or "should" do as a woman -  despite battling health conditions from her youth, and plenty telling her what she could and should do.

After accomplishing all of these things, though she did have health problems beginning in her youth, she died peacefully in her sleep in 1932 :)

Brava, Bessica - thank you - to both you, and your grandson, for uncovering and finally sharing your story with us :)