Mississippi Officials and the FDA Warn Against Ivermectin After Multiple Calls to Poison Control and One Hospitalization ... 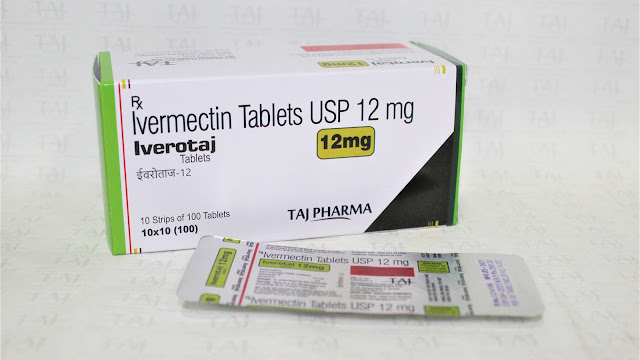 According to the Mississippi Free Press (Jackson newspaper), 70% of all calls to the Poison Control Center have been related to Ivermectin ingestion, and one man has been hospitalized (in addition to the ICUs being full already again due to COVID).

I swear to goodness - right-wing/Trumpers/QANON people are willing to ingest or inject anything in their bodies except the actual vaccine!
They are literally  "drinking the poisoned Kool-Aid" now :(

"First there was no virus, it's all a hoax, Democrats are lying.

Then it was just a bad flu, and we're still lying, nobody should wear masks, it's "tyranny."

Then - without ever admitting the virus existed, mind you - they started stating as fact that hydroxychloroquine cures (the virus that doesn't exist?), without any clinical data as proof.

Then it was Remdesivir.

At the time, I put an LOL afterwards, but at this point, it's not funny, it's very sad :(
As IF ICUs aren't once again at capacity, especially in the south, with COVID, now a man in Mississippi is in the ICU after taking Ivermectin, and 70% of calls to poison control have been after people ingested Ivermectin - all bought at feed stores, because Ivermectin is sold over the counter for livestock and pets.
Okay, now hear this, people - here are the facts and truth on Ivermectin ...

1)  Ivermectin is an anti-parasitic - it's what we give our dogs, cats, horses, and cattle for heartworm and other parasites.   Though it can be ingested for parasitic infections in people, it's a completely different formulation for humans, and we mostly use it topically on the scalp for head lice.

2)  The dosage for humans is much less than we give to our animals,  plus the Ivermectin that we give to animals also contains byproducts that have never been studied in humans or reviewed by the FDA.
3)  Ivermectin has never been reviewed for treating viruses - and though there is one small study underway for treating COVID, it's a different formulation than we give our animals, and even the preliminary results have not been revealed yet of the study.
4) Ivermectin is toxic and can kill you in large or chronic doses (like those sold at feed stores for livestock and pets).

Helllloooo - remember the difference between speculation and opinion VS. importance of proof, evidence, and facts?

Remember the importance of truth?

In fact, the FDA has now put up a special warning against use of Ivermectin, until the small study is complete and reviewed by the FDA.
Helllllooooo, remember common sense?!?
Also yesterday, I mentioned what I've repeatedly blogged about from the beginning, after watching many politicians back a particular unproven drug, that the real motivation for their doing so was owning shares in pharmaceutical companies (that were not the vaccine makers) - and last week, we discovered Rand Paul's wife bought stock in Remdesivir during the trial phase and he supposed "forgot" to report it for 18 months.
I'm not sure why people are trusting politicians with stock shares in certain companies over health officials, but it's time we return to common sense.
Once again, this is more proof that the only group guilty of "killing our own people" isn't immigrants, it isn't 'the government,' and it isn't us Democrats -- it's people like YOU -- disbelieving COVID exists, refusing to wear masks, or get vaccinated; or worse, believing things like injecting bleach or ingesting Ivermectin are ways to "cure" COVID, just because politicians (with stock shares in corporations other than Pfizer and Moderna) tell you to!
By Chrysalis at Saturday, August 21, 2021