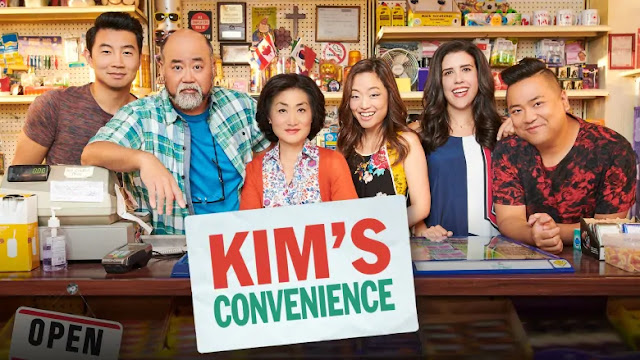 I've held off on watching the season finale of this amazing show because the shows creators decided to pull the plug on it after this season, despite CBC having the contract ready for Season 6, and completely blindsiding the cast.

What is with the Canadian comedies, like Schitt's Creek and Kim's Convenience pulling the plug at the height of their popularity?

Well, with Schitt's Creek, we knew beforehand it would be the last season, but with KC, we had no idea until it premiered.

Apparently, there was behind-the-scenes chaos after the show's cocreator and writer (also the original stage playwriter), Ins Choi, inexplicably left the show without so much as a goodbye note to the cast (who were also in his original stage play) between Seasons 4 and 5, leaving a room full of all white, non-Korean, non-Asian producers and writers, who apparently wrote horrifically culturally inaccurate, with some say overtly racist and sexist lines, as well as cut much of the previous diversity from the show, which was genuinely reflective of a day-in-the-life in urban Toronto, Canada.

After much backlash from the cast,  Ins Choi returned to take control, but said after doing so, he again said he would not return, and then the cocreator, Kevin White - whom many held responsible for the unfortunate changes that Choi cut from the final season - also bailed, ending show, despite the CBC network having the contract ready for Season 6 and completely blindsiding the cast and crew, as mentioned previously, meaning they filmed the last season and final episode without knowing the creators had pulled the plug (thus they didn't get to say their goodbyes).

I don't know, but we saw none of that in the actual final season, which though took some serious and poignant turns, was still the same hilarious show - and we will miss both Schitt's Creek and Kim's Convenience as our new "must-see-TV" quality sit coms :(

This season, though things took a more serious turn, they were still amazingly handled with humor, and a bit more tenderness, such as in this final scene, when Appa shows his softer side with Umma, who is struggling with fears about her new diagnosis of MS (multiple sclerosis) and fears that her prayers to "The Jesus" only backfire - sweet and funny :)

Sweet :)
No worries about the cast, though, they've become not only Canadian superstars, but especially Paul Sun-Yung Lee (who plays Mr. Kim), playing Captain Carson Teva on Disney's Star Wars: The Mandalorian ...

And Simu Liu (who plays Jung Kim) - who is actually Chinese rather than Korean - who made it to the big screen, playing the Marvel Super Hero, Shang-Chi (And the Legend of the 10 Rings) - the first Asian actor to headline a Marvel hero movie. 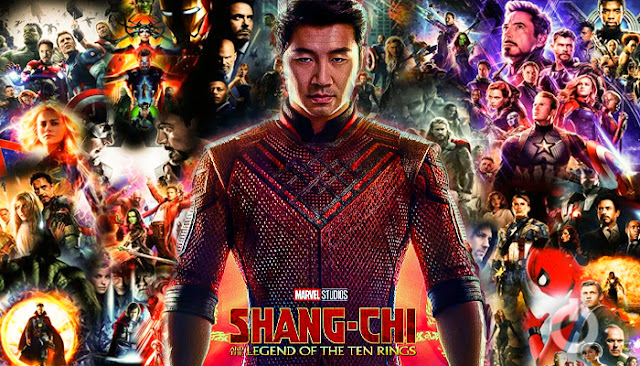 By the way, besides being super hottttt, Simu also graduated with honors in Business and Accounting from UWT, is also a gymnast and martial-arts expert, as well as sings and plays the piano and guitar - he's quite renaissance man.
Although the entire cast is awkwardly hilarious, and Appa and Umma Kim are my favorites, it seems only the male actors' careers are taking off - so in addition to kudos to Jean Yoon as Umma above, here's also  special shout-out to  Nicole Power, as the hilariously awkward, over-pun-using, singing-to-herself-on-the-PA-at-closing-time, imagines-her-Scottish-traditional-dancing-is-sexy-dance, cat-loving Shannon Ross, with a heart of gold :)
In the first episode of the new season, she comes off as sort of this overprivileged, semi-racist ... twat, but you quickly learn that though it's true that she's unfortunately one of my fellow liberals, the elitist kind without a clue, she also just has no filter and says weird, awkward, almost Tourette's-like things, just wanting something to say, but her character grows as a person, grows on you, and especially on Jung :)
We'll miss you, Kim's Convenience cast, but we wish you all the best :)
"OK, see you!"
___________________________
PS - After this post was written, I discovered that Shannon (Nicole Power) is actually getting her own KC spin-off show called "Strays" starring her as the same character.
Apparently, there has been some backlash over the fact that the only cast member to have their own spinoff show from KC was the white character.

I understand this perspective, and although I also worry about losing the diversity that made the show famous with the spinoff, as long as we're picking apart the show for diversity and demographics?
Another way of looking at this is, despite an extremely talented ensemble cast - why were only male stars invited to do big-screen projects that premiered/will premiere globally like The Mandalorian and Shang-Chi and the Legend of the 10 Rings, while the best any woman on the show could do was a spin-off series from the original that will originally air only CBC in Canada and only seen in America via Netflix later, hmm? :)

We could split these hairs all day, with valid arguments on all sides.
Regardless, I hope they don't let internal/external politics and professional jealousy interfere with those close relationships formed - or that they ever lose sight of the fact that it was the chemistry combination of them all together, as an ensemble cast, that made the show magic - rather than any "standout stars" ;)
By Chrysalis at August 15, 2021