Busy week, this week, before our anniversary trip - and I understand lots of U.S. gold medals have been won, since we initially had a few stumbles and I wrote my posts to rally more support for them -  but I just caught the headlines today that Simone Biles came back to compete in one event (balance beam) and won the bronze! 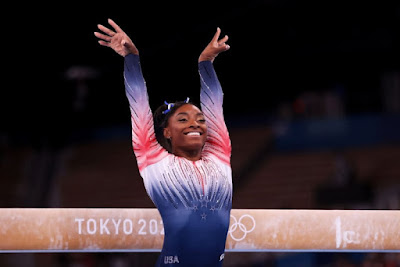 The first thing I thought of when she pulled out was she had a case of "the yips," as I had just seen the first episode of Season 2 of Ted Lasso.  I had never heard this term before, but it's a known phenomenon called many things, but it's when an athlete suddenly can't do basic feats that come naturally to them, sometimes triggered by a singular event, sometimes build-up pressure, but always something weighty psychologically.

And before you say it's just girls - hardly anyone remembers this, but six-time Superbowl-winning quarterback Tom Brady had the "yips" way back in the early 2000s, saw a therapist for a while, and came back better than ever :) Well, more accurately, despite playing for Michigan, he wasn't considered the best, that draft year, and ended up being a sixth-round draft pick for the NFL.

He struggled with confidence (hard to believe that now) and thus despite his Michigan record, was perceived as inconsistent by the powers that be at the NFL.

Then he began seeing Greg Harden - an LCSW who specializes in sports psychology  - who has also counseled Heisman winner (and College Game Day commentator), Desmond Howard (who also went to Michigan), as well as later, Olympic gold-medalist swimmer, Michael Phelps, who struggles with clinical depression - and the rest is history :) 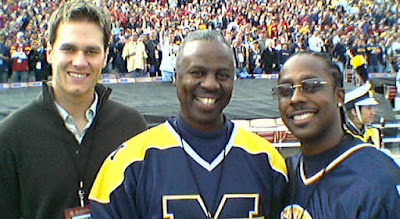 I remember it well, because it was the first time I'd ever heard of an athlete - especially a football player - publicly admitting to therapy.

So you see, seeking counseling or therapy does NOT mean you're crazy or weak - in fact, some of the best athletes in the world have sought counseling/therapy to improve their game.

It just means you've encountered an obstacle in your path that you need more objective perspective on, as well as to figure out what it is within yourself that makes you personally especially struggle with the issue. Or it could be you just want to learn better communication and how to better deal with relationships.

I mean, we never arrogantly say, "Oh, I don't need to work out, I'm fine" or "I don't need to go to school, I'm smart enough" - because we already know we can always do better.

(Well, some people do, but they're usually the ones who need these things the most- and the same is true with therapy lol).

So why do we arrogantly say things like "I don't need counseling, I'm not crazy, I'm strong, I've got this," when it comes to improving how we handle emotions, relationships, communication, and become the best versions of ourselves we were meant to be?

Also, as mentioned above, gold-medalist, Michael Phelps, has admitted to depression and his prior inconsistency being psychological or "the yips" - and Greg Harden helped him, too, as he was struggling with the pressure just before the 2008 Olympics. 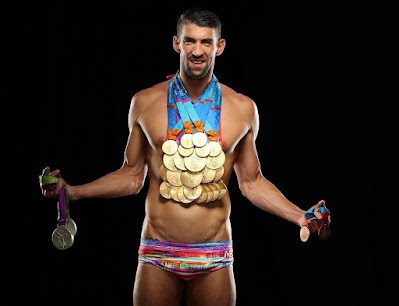 I don't know, but as for Simone, we may find out what caused it, we may never know (anxiety itself can be crippling, once it takes hold), but good for her!

It's funny, the balance beam is how I broke my arm, as a kid - doing something on a dare that I wasn't ready to do - but that's the thing she was determined to do before she left, go Simone!

(I did go back to gymnastics for a short time, but I was never meant to be a gymnast anyway, my anxiety was already in the way.)

Congratulations, Simone, for getting back up on that horse and going home with a medal - you did it! 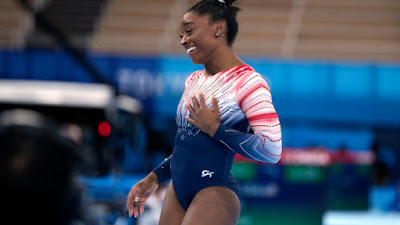 PS - An important FYI with that - if you're considering counseling or therapy for any reason, remember the same therapist might not work for everybody - so it's okay to ask questions, shop around first, and find a good fit.

Just because they have a degree on their wall doesn't mean they're sane - there are a lot of bad therapists, or therapists who don't know what they're doing, out there, often doing more harm than good, even despite good intentions.
HOWEVER - having said that - don't quit just because a therapist confronted you on your sh*t - at least consider what they said, even if you don't want it to be true ;).
And you don't always have to agree. In fact, there is no relationship in the world where somebody always agrees with you, is there?


Actually, if two people always agree, then something's likely wrong with the relationship -  somebody's not being honest out of fear or not wanting to upset the other person, and the other person needs too much control ;)
It's how you handle disagreement that can be healthy or unhealthy.
Luckily, my husband, Mark, and I agree about most things already, but some things we just don't - and we have to agree to disagree.
Do we sometimes push the other person to see our side?
Sure -  but that never ends well lol.
The the best handling is when we just agree to disagree and say, "Welp, we're not going to agree on this one, so let's agree to disagree.  I don't have to agree with you and you don't have to agree with me.  "
Additionally remember therapists are human, too -  they make mistakes, have bad days - just like you.
However, the best therapists realize they're imperfect humans too, and take responsibility - so how they handle a mistake is the important thing.
If they make a mistake or mishandled something on a bad day, and they can take responsibility, admit it, even apologize -  then you've won yourself a gold-medal therapist -  capable of practicing what they preach and leading by example :)