The Pack-Horse Librarians of Kentucky 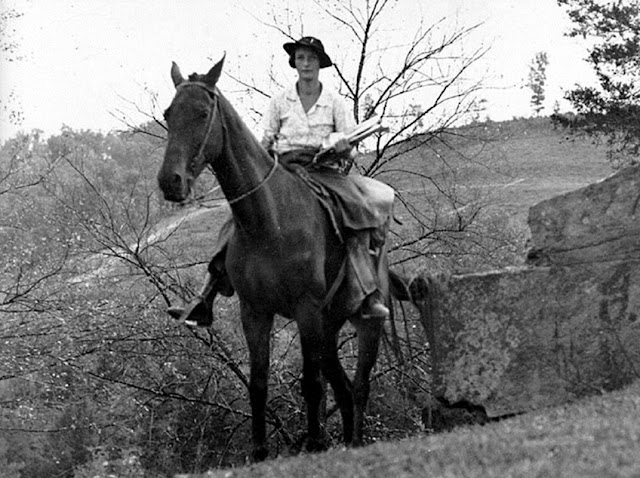 I don't know why I'm just now learning about this, but I never knew about the women of the Pack-Horse Library until now, after I just bought a a historical fiction novel based on them (more on that later).

I mean, I knew there were midwives and doulas that traveled via horse or mule later to Eastern Kentucky, but I had no idea there was a traveling pack-horse (mule) library from 1935 to 1943.  At first, they traveled in groups, but eventually had to travel alone, come hell or high water. 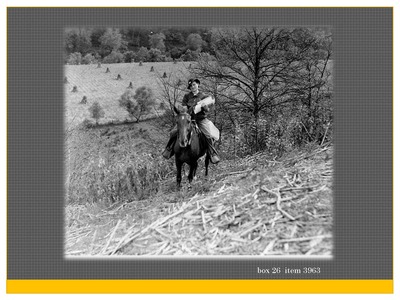 Not only did they deliver them, but if there was time, they would read to adults and children alike, as well as try to teach them to read , if there was time (they often started at 4:30 a.m. so they could go and return by sunset, which is earlier in the mountains.

So the history - by the time of the Great Depression,  only 31% of Eastern Kentucky was literate.

(As an aside, both of my paternal grandparents in Harlan were remarkably among the literate).

However, these isolated mountain communities no longer had access to any libraries at all, as the few that remained were closed due to lack of funding, and even the schools had no books for their children.

Thus, Eleanor Roosevelt (LOVE her, who doesn't?) pushed for more  literacy in this area, so under her husband's WPA government work program, women from Kentucky's more literate communities were hired to travel by horse or pack-horse (mule) with a load full of books to distribute to the people of Eastern Kentucky in Appalachia - to individuals, to later makeshift libraries and public schools. 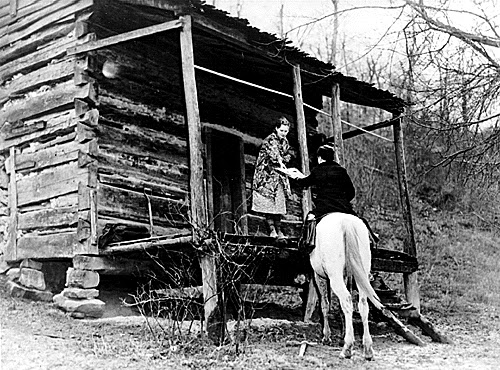 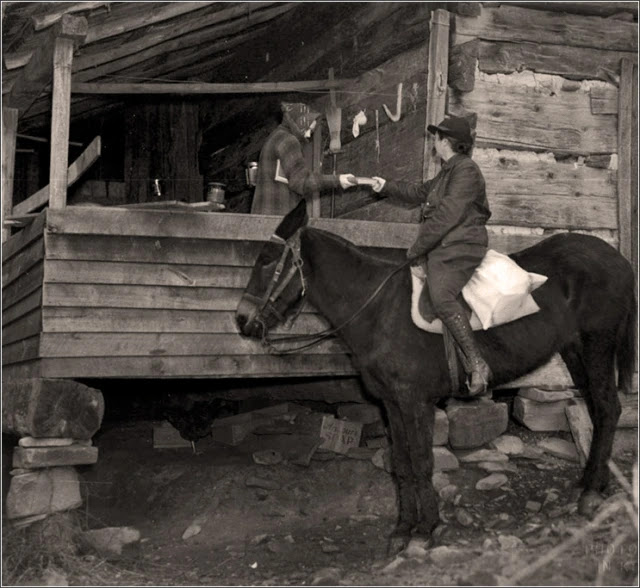 They women were paid $28 a month and oftentimes, during the Great Depression, were the sole income-earners in their families until WW2.

In fact, here is Eleanor Roosevelt visiting the women in May 1937. 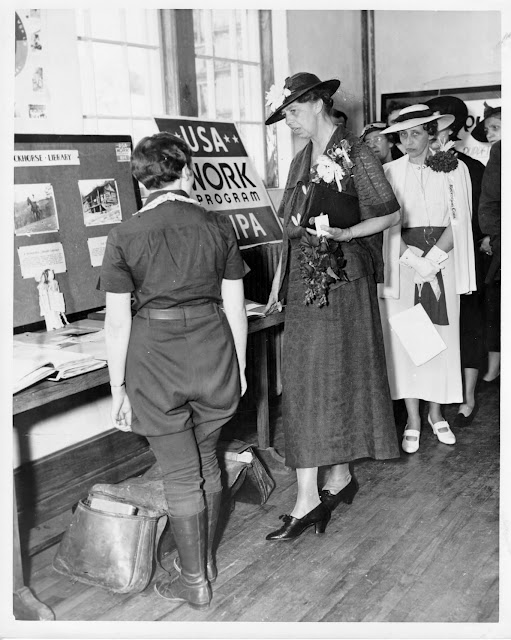 I guess they figured a woman outsider coming in was less of a threat, plus it was mostly women's clubs donating the books, etc.

But can you imagine how dangerous that was for them?

Not only from nature (bears, wildcats, mountain lions, etc.) and the elements (ice and snow), but from gun-toting Appalachians - which is what this new book I'm reading is about.

Additionally, the men in particular didn't care for these "book women" to educate their women, they though it was unnatural and not Godly lol.

(My paternal grandparents, however, I'm quite certain, did NOT share that mentality, as they pushed for our education lol)

Regardless, the women did not carry guns and had no mode of self-defense but in addition to being literate themselves, they had to prove being skilled riders through any conditions! 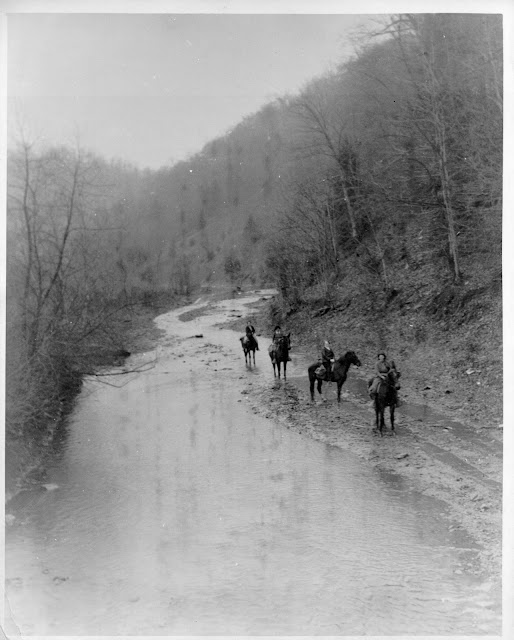 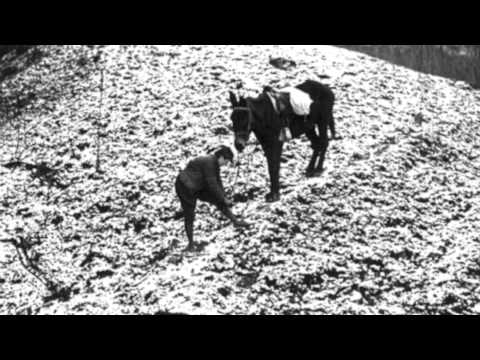 Amazing!  And thank you, brave ladies!

So the historical fiction novel I just received is called "The Giver of Stars" by Jojo Moyes, and I can't tell you much about it because I just started it last night. 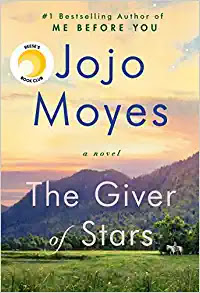 HOWEVER, while I'm writing this, I just learned that there was another historical-fiction novel published just a month before called "The Women of Troublesome Creek," by Kim Michele Richardson 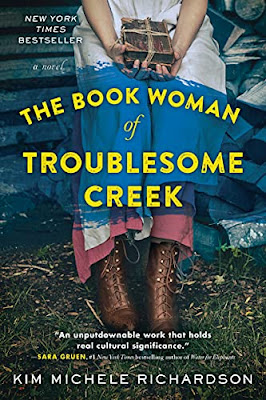 ... and there was apparently a controversy, after an accusation that Jojo Moyes stole Kim's story in some way, some sort of plagiarism?

I haven't seen anything since, though, and apparently both women interviewed real pack-horse librarians and used their stories, so it makes sense that they'd be similar anyway, but who knows.

But there you go, take your pick or read both :)

If you choose neither over the controversy, a better choice might be a nonfiction book about the pack-horse library called "Cut Down Shin Creek" (which I'm ordering next). 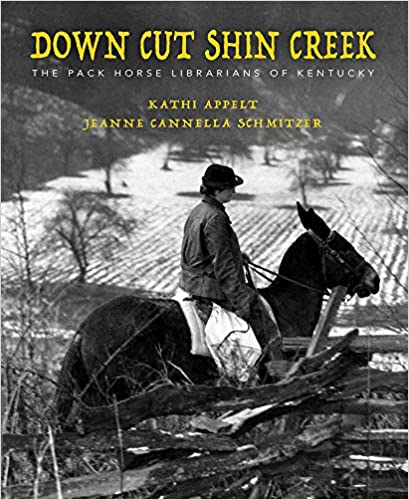 Also, here's an NPR article and interview from 2018 with one of the still-living "book women," 97-year-old Mary-Ruth Dieter :)

What a little gem find of Kentucky history I never even knew about: )