Okay, so I know what everyone's thinking and saying, and I get it (and I admit, it's what first ran through my head, too)  - the timing is almost too coincidental, with her children to testify in the NYC civil trial, next week, and the ongoing January 6th congressional hearings  - but let's wait until there's more info, yes?

I know, I know -  Trump-Republicans jump to conclusions based on even less proof, like with Seth Rich - but the point is that we do NOT want to do the same, and instead, we need to continue to follow the evidence, rather than jumping to conclusions/believing our own wild speculation as fact, despite the odd timing.

HOWEVER - not helping is the fact that there are basically two different reports circulating that drastically differ, depending on your sources, which is a bit odd.

In the first version, there was an initial report of cardiac arrest called in via 911, prompting the NYC Fire Department paramedics to show up, finding her unconscious and unresponsive.

The second version states that her death was "accidental" and she may have fallen down the stairs.

Regardless, both versions of the story say she was found at the bottom of the stairs.

*Cue music from "The Staircase?"*

I guess both of those things could be true - she could've gone into cardiac arrest AND fallen down the stairs.

But then here's a couple of questions, about the first version ...

If this version is true -  that someone called 911 and reported a cardiac arrest - why wouldn't this person also mention her fall down the stairs?

Also, how would the person calling 911 already know that it was cardiac arrest, rather than a heart attack?

Because yes, there is a difference - a heart attack is when blood flow to the heart is stopped, but a cardiac arrest is when the heart itself malfunctions and stops beating altogether.

Unless someone had foreknowledge of cause and effect, the distinction between a heart attack VS. cardiac arrest would otherwise take a medical professional - and if one was present and knew it was cardiac arrest, why not perform CPR until the paramedics arrived?

Thus, I'm inclined to believe the second version, it was a fall - but then that leads to all sorts of other questions lol.

I'm not sure, maybe that info is forthcoming.

Not that if it was foul play,  I'd trust the NYC-FD's report of anything regarding the Trumps, considering they'd clearly lie and die for the man, or even necessarily the NYC medical examiner -  but let's at least wait until the official cause of death is announced, credible or not.

Regardless, I think we should pause on the January 6th and NYC civil stuff for a while - because it's likely the trial, and any resulting charges, would appear heartless and vicious - or worse, result in minimized charges.

Yes, of  course -  if there was any foul play, that would be the goal, and the timing is convenient - but the fact is, it doesn't matter - let's  at least hold until the children bury their mother, am I right?

UPDATE:  So the official cause of death was "blunt force trauma to the torso" from a fall and that "no foul play" is suspected, and it is said to be the last comment on the subject.

No word if a toxicology report would be performed.

Okay, so ... typically, falls on stairs resulting in death are from blunt force trauma to the head and neck, not "the torso" - that's a bit unusual. or at least an unusual way to put significant enough internal bleeding to cause death . 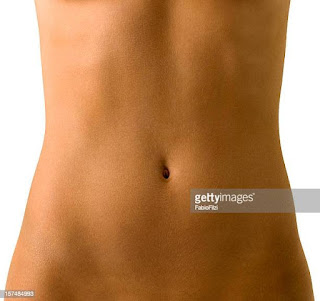 Also, falling, your arms go out instinctively, specifically trying to break your fall and protect the more vulnerable parts of the body, like the torso.

1) Would falling on dull, repetitive stairs actually be enough of a "blunt force" to the torso to cause death?

2) Would they care to explain how a person can receive "blunt force" trauma directly to the torso, during a fall, without landing directly on an object?

4)  This implies enough internal bleeding to cause death, which takes time - how long did she lay there before someone called?

5)  Why did initial reports say someone called 911 due to cardiac arrest?

6)  If there was significant enough injury to the torso to cause enough internal bleeding to cause death, there would be blood from the mouth - did the person calling 911 not see that?

7)  With such an an unusual cause of death for a fall given as "blunt force trauma to the torso," how can foul play automatically ruled out so quickly?

Because you know what else can cause "blunt force trauma to the torso" that caused enough internal bleeding to actually kill you?

So at this point, I am going to say - that is an extremely odd way to state the cause of death for a fall.