Mark had been trying for years to get a Hockey Night in Canada towel, unsuccessfully.  He tried writing the show, the CBC, Don Cherry - everything.  Then Don Cherry was fired in November and the fate of the long-running show is now up in the air, so he thought all was lost.

Because I had been keeping an eye out on E-bay and Amazon for anyone selling these, and on February 3rd, one popped up!

I snatched it up immediately as one of his birthday gifts.  It sat in Ottawa's mail station for a while, for some unknown reason - but it finally arrived today - better late than never! 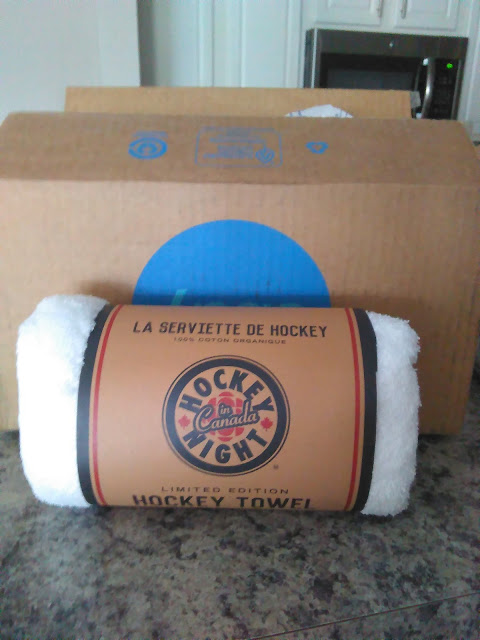 Mark says he wanted evvvverrrrybody to see him wearing it - before it goes under glass lol. 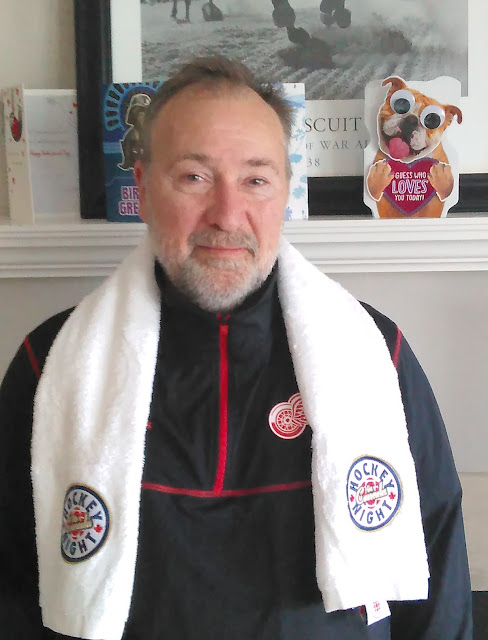 So upon texting this to his family (his phone no longer sends pics), his sister said she loved it, but also said:

"At first I thought this photo meant Mark became a priest!"

I said, "Yes, Father Chaplow, 'bout to check some wayward, wanton sinners into the glass! lol ... well it is kind of holy, I guess.  The only time it's coming out from that glass is for Bobby Orr, Stevie Yzerman, and Don Cherry to sign it - AKA the holy trinity of hockey."

Father forgive us - but I'm sure you understand - and that you're a hockey fan/have a sense or humor, too lol ;)