Our "honorary" son, Braeden, came into town, this Labor Day weekend, for a family event, but wanted to catch up with us, too, so we had breakfast at "The Trustees Table," the restaurant at Shaker Village at Pleasant Hill, my absolute favorite place in Central Kentucky :)

(I'm putting the pics on here because it's the fastest way to share them with everybody at once, especially considering I have lots of "new" family members after a DNA test ;)

It was super cloudy with rain expected, so we didn't get many - but we plan to go back in the fall. 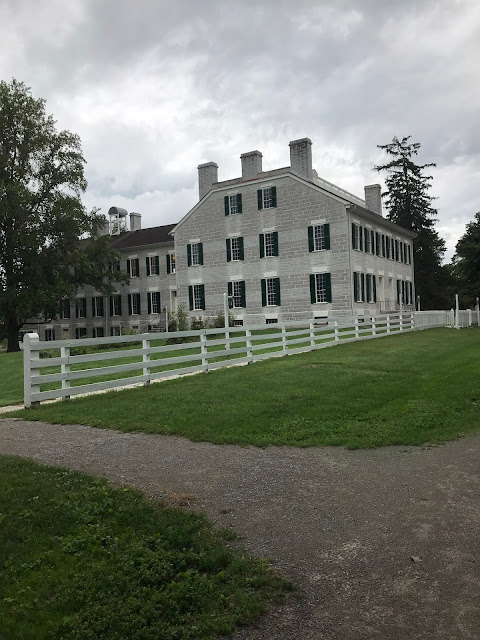 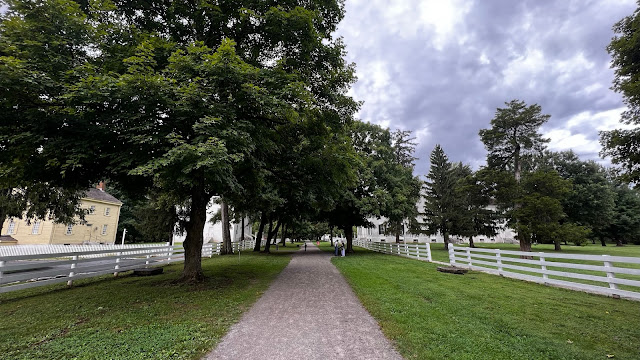 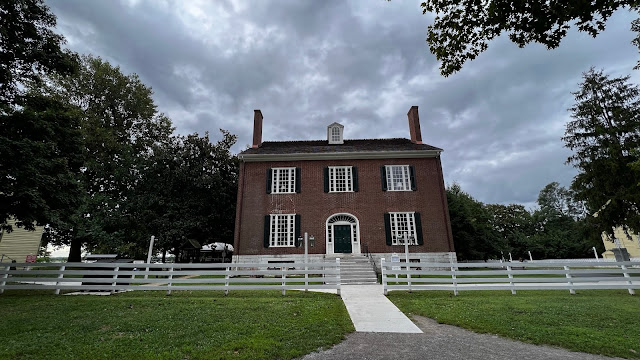 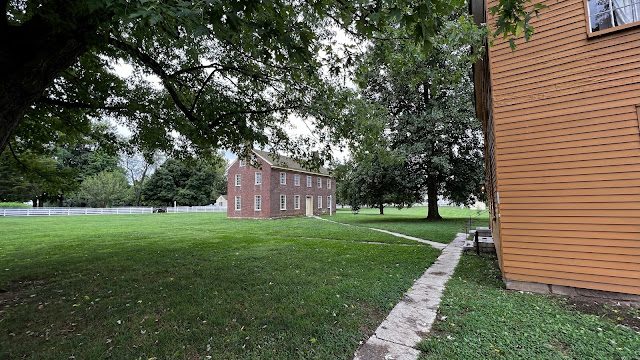 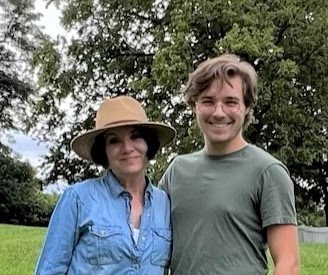 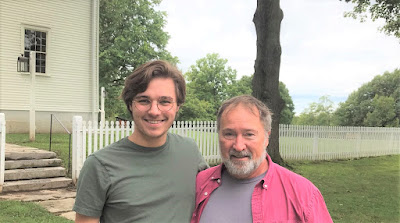 So we've unofficially and honorarily adopted Braeden as the son we never had, he has no say in the matter lol ;)

Just kidding, he does, but I don't think he minds lol.  Plus his mom and Mark work together and she and Braeden's Dad don't mind sharing, we're sort of like godparents, I guess? lol

He taught us a new term, today, that I love - a "NIMBY" - which  means "Not In My Back Yard" - which refers to a fellow liberal who votes liberal, says they're liberal, and sometimes even donates to liberal causes, but in their personal lives, are themselves overprivileged/entitled (having benefitted from the broken socioeconomic system) and thus do not want to do the personal-level work required to address, take on, deal with, challenge, confront, or combat any of these issues personally or interpersonally (poverty, homelessness, racism, addiction, social justice, women's rights, LGBTQ issues, climate change, our broken socioeconomic and justice systems) -  either out of fear of rocking the boat and/or losing their privilege or because they prefer living in their own little insulated bubble, but either way, continuing to enable the broken socioeconomic system.

(We agreed that Lexington is chocked full of NIMBYs lol.)

So I have Braeden slated to marry my daughter,  someday, which they DO have a say in - but alas, they have yet to meet lol.

Plus, we've pulled a ticket and gotten in line - everyone wants him to marry their daughters lol.

And all right,  I can't lie - I'm also partially posting his picture here, so my daughter will see him  lol.

No rush, no pressure or anything, you two, just sayin' ... keep your options open? lol

We moms can't help ourselves lol

But youth is for exploring, finding out who you are  - "First, know yourselves" (and finish all degrees! :)

So Braeden was my husband's IT intern while in high school - flash forward 6 years, he's now finishing his Master's at Johns Hopkins and is next hoping to get his JD (juris doctorate of law) at the University of Virginia.

He worked his way through his master's by working for the DOD (after writing an algorithm that identified Russian political bots).

So while we were there, a worker for Shaker Village approached us and asked if we'd like to ring the 10 o'clock bell.  I've been there many times, but never been asked to ring the bell, so this made me so happy!

I rang first, which we have no pictures of, thankfully, because I almost fell down lol -  I pulled hard, expecting it to be heavier lol

Then Braeden did it, clearly more effortlessly than I did ...

Then my husband, not to be outdone by either one of us, had to show us both up and do it with one hand lol

PS - For Braeden - just so it's handy.  I prescribed a dose of Dr. Petty, as the perfect song for you, right now - meant to be sung super loud, while driving  :)