So, last night, we watched a strange-but-fun movie (just the kind I like, quirky good) called "What We Did On Our Holiday" with David Tennant, Rosamund Pike, and Billy Connolly. 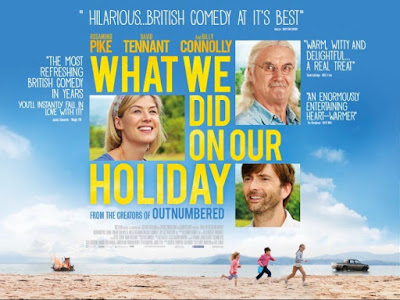 My husband had no idea who Billy Connolly was.


Mark:  "Is he the same guy from Monty Python?"

Me:  "No, that's John Cleese again, as Nearly Headless Nick.  He almost played Luna Lovegood's dad, though.  The two do look alike, though, and were friends. In fact, some say John helped Billy get his start in standup" 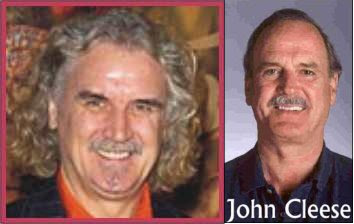 Me:  "Just watch, you'll love him just as much as John Cleese, maybe more."

So next had to watch his famous American debut, the famous 1989 NY routine on HBO's "Whoopi Goldberg Presents"  Whoopi opened for him and Robin Williams was in the front row :) 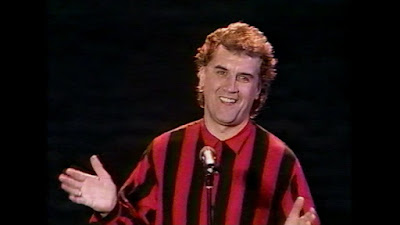 The brilliance of Billy is he made up his schtick right on the spot from observational comedy, sometimes what he observed that day - he was like the Scottish Jerry Seinfeld, only no prep, just off the top of his head.

Of course, I can't show you/refer you to the whole schtick because he can get super crass and unsuitable for some audiences.

Thus, I found 2 clips from the funniest bits about flying safety, flight attendants talking to you like you're mentally ill, having arrived on a Concord (it was 1989, remember), his dislike of flying on "wee, Buddy Holly aeroplanes," and a prior flight on a Hercules.

Be forewarned of language on these 2, but remember, he's Scottish - where swearing is both sport and art form :)

My husband laughed so hard he had to wipe his eyes lol.

Fun fact (I bet my daughter doesn't know) - he also was the voice of "Ben" the hilarious Scottish sailor and 1st mate of John Smith, in the 1994 Disney movie, "Pocohantas."

LOVE Billy Connolly.  So sad to hear he has Parkinson's, but still making people laugh :)

PS - Being as a blog misunderstanding (helped along by yet another twisting of my words by another blogger) has been resolved between myself and a blogger friend to our satisfaction,I have since parked those posts with exact copies of my comments elsewhere in draft :)

Also, I stated to my friend that they had my email if any further clarification was required, but I realized they have my old email address.

I still have that email, but I do not use it for personal communication anymore, due to a multihack attack of personal emails in a prior employer's system, resulting in payroll/bank account hacks (not my bank account and it was not a hack by the company itself, though it was an internal hack).

In the end, I chose not to delete it entirely, just change the password and up my online protection because I had about 1000 magazine, newspaper, and coupon subscriptions, and it would take about a year to reset them all lol - but I no longer use it for any personal communication or banking-related information.

He (or anyone) may still contact me through it and I will send you the new one, though.

There have been no further issues with it since changing my password and since leaving that company, so should be fairly safe for you to send a quick email to, if you would like further discussion on the subject.
By Chrysalis at September 17, 2019