Easter Conversation With My Father-in-Law :) 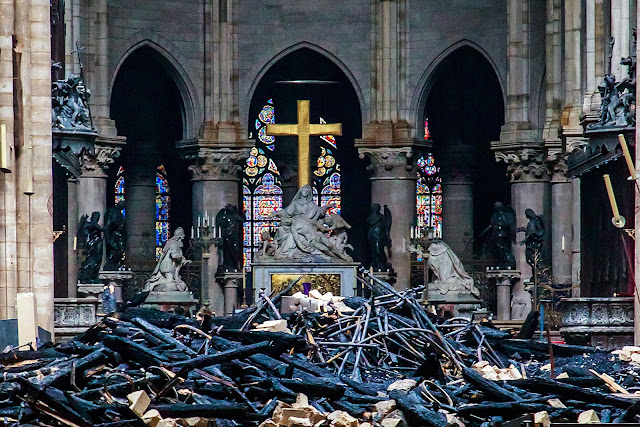 Wonderful conversation with my father-in-law, this Easter Sunday - it was interesting that he was focused on the same "message" about the Notre Dame fire that I had been (here and here), just in a different way  - but we were focused on what survived - like the golden cross :)

This conversation came up because he asked if Mark went to mass.  (My husband and his family are Catholic, my FIL having attended a Jesuit university, with initial plans to become a priest).

Conversely, I was confirmed Episcopal in 2007, after previously a Southern Baptist/Word-of-Faith evangelical upbringing, with a three-year-stint as an atheist in my 20s.  Additionally, I am also Theraveda Buddhist in philosophy.

Yes, you CAN be both Buddhist and Christian - Buddha himself said: "Don't pray to me when I'm dead, I won't hear you - work out our own salvation with diligence. I didn't come to save you from death or sin, I came to teach you a better way to live and end suffering."

It is only because at the time, much of the prior religion of Asia was ancestor worship, and they incorporated it into Buddhism, such that many sects of Buddhism began to pray to Buddha - the Theraveda sect does not.

Thus, Christ is my actual savior, Buddha is my adjunct philosophy professor, and becoming Episcopal is my Buddhist "middle way" balance between Catholicism and protastantism/evangelicalism -  make sense?:)

I think there's something to be gleaned from all faiths, actually, it's just Jesus is my savior, because he was the only being to ever claim to die for the redemption of our  sin.

Anyway, I explained that Mark wasn't fond of the Catholic churches, here, in Kentucky.

He felt the evangelical hate element was toxic, here, and they had influenced the Catholic church, too much - it had become too political, and not in a good way.

And what we mean by that is, we don't care what anyone says and tries to twist scripture ...

Christ himself was all about social justice.  The man lived his entire life committed to social justice, everyone knows that - and yet the words "social justice" have become bad words - why?

Because some greedy, hate-filled, fear-mongering politicians say so with propaganda, to manipulate votes and control for themselves.

And their doing so - then slapping a makeshift Christian sticker on it for approval instead of the gospel of Christ -  is proof they do not have Christ living in their heart.

So, after my favorite priest had left my Episcopal church, I wasn't fond of the new one. In other words, I agree with Mark - we believe the evangelical-political influence over this general region has become toxic to everyone around (sorry).

Thus, we didn't attend either church.

Instead, we had a makeshift communion at home - because if Notre Dame taught us anything, it's that you don't always need a big fancy "God house" to hold communion, God and communion abide in your heart, surrounded by the people you love :)

Then, my FIL and said, "Say no more, there's too much fear and hatred in the south and always has been, and except for New Orleans and Louisiana, there's strong anti-Catholic sentiment in the South, particularly from evangelicals.  In fact, let me tell you a story about my one trip to the deep south as a child with my parents, for sales trip for my dad's lumber business."

He'd told me another story already, about his trip to Alabama as an adult and the racism, the sundown laws, he couldn't stomach it.

Though I'm a Democrat, my 80-year-old FIL is a Republican, but it works - because he's an old-school Republican, the kind that stuck to less government intervention like glue and meant it and that is where his politics ended - not the Trump kind we see today, after racism jumped ship to the Republican party in 1964 (Civil Rights Act) and gained a choke hold on it, staking their imperialistic claim flag in Christianity and the military for themselves, claiming sole ownership of either ;)

Then, he told me this new story, about another sales trip as a preteen - that his mother asked where they could find a Catholic church for mass at the hotel front desk, and they were shushed immediately and told:  "Shhh, you can't talk openly about being Catholic, here, for your own safety - bad things will happen.

So instead, the clerk quietly wrote down directions on a piece of paper directions to the "church," looking around to make sure no one was reading.

The "mass" turned out to be held is someone's barn on private property - there was no Catholic church (allowed) in this particular area in Alabama in 1952..

This only worsened his mother's fear/disdain for protestants, whom his mother ironically already disallowed him to play with.

"Oh my gosh, that was 1952? After the way Catholics were treated in Nazi Germany and all? I'm soooo sorry, and embarrassed - because those were probably my 'kinfolk' or former church brethren, in some way. This is why I'm not evangelical anymore, haven't been since childhood.

"Let me tell you what I think now; insulting Catholics and/or Jews is like slapping your grandparents and great-grandparents in the face - we may not always agree with them, but in the end, without THEM there would be no US :)"

Then I told him, that being raised evangelical, it was likewise as a child for me - except in reverse - I wasn't allowed to Catholic homes (except briefly) and disallowed from Catholic church - ever.

I was told Catholics were "of the devil" and that their ceremonies were actually rooted in Satanism and paganism, that they had secret pagan ceremonies with live sacrifices, that they were greedy, they were all drunkards and connected with mafia murderers lol.

Then, we had a good laugh about people's ignorance - what people don't know and have no personal experience with themselves, they make up -  simply out of fear and hatred of anything different from they way they do things.

Eventually, considering about 40% of my suburban Cincinnati high school was Catholic and 25% were Jewish, I began to realize by age 11 that most of what my mom and her church said was total BS - these people they propaganda-ed were actually wonderful people and my friends, too  :)

Regardless, I ended up sneaking out to both a Catholic mass, and later attended a temple service - my first Catholic church visit is another hilarious story, about how clueless and scared I was, which I've told before and will tell another day.

Most teen rebellion is about sex, drugs and drinking - but then there's me, the weirdo - who rebelled by going to a Catholic church and a temple!

So, we talked and laughed about all of the absurd propaganda we heard about each other as children, but how it had been revived recently due to politics.

Great conversation - my FIL has become one of my favorite people in the world, actually - one of the smartest people I know and the wisest.

I don't always agree with him, but he does realize and understands that all of the propaganda about faith is simply an effort to use fear to gain our votes, as I do.

And most importantly, he said, "I think if there is a message to be gleaned with the burning of Notre Dame, it's not about this faith or doctrine being preferred by God -  it's for us to stop the fear and hatred, we're tearing each other apart with fear and hatred - we're destroying places of worship ourselves, with our fear and hatred of one another" - exactly the same thing I said on my blog, though we hadn't spoken about it yet - and that we were both actually inspired by the end results.

Because what was intended for evil, God, in turn, can use for good :) 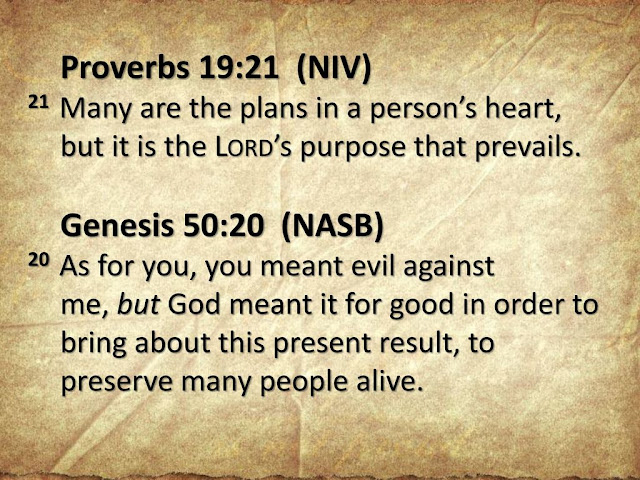