... not to be confused with each other, because contrary to popular belief, the mountain/Appalachian dulcimer and the hammered dulcimer are actually not related instruments, and they are suspected to have two very different countries/regions of origin.

The hammered dulcimer is actually believed to have originated from Scandinavian countries, though later adopted in Wales and in nearby Bristol, England, and also in Northumbria, England  - but surprisingly not so much Ireland and Scotland, nor Great Britain as a whole, at least until the 19th and 20th centuries. 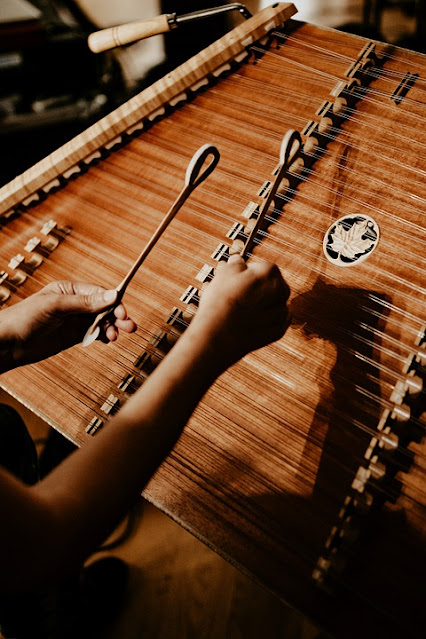 The Appalachian autoharp can be played upright or in the lap, but even that comparison is a stretch, because like the mountain dulcimer, the autoharp is also in the zither family, while the hammered dulcimer is not. 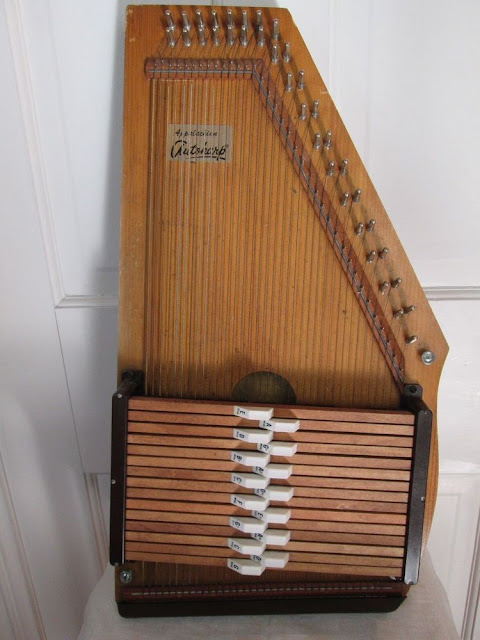 In fact, the Mountain/Appalachian dulcimer may be more closely related to the mandolin or banjo, and distantly related to a mid-eastern or Asian zither, in that it is an elongated string instrument played only with the fingers - no pick or mallet.

However, unlike the autoharp and other zither instruments found in European countries, the Appalachian/mountain dulcimer is always played across the lap or on a table or stand - it is never held upright or across the chest. 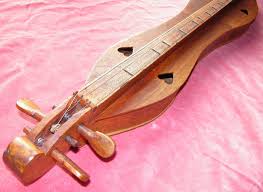 What we do know is the first written history of someone actually selling mountain dulcimers was J. Edgar Thomas, from Knott County, Kentucky, who first began selling the instruments here in 1880.

And though they enjoyed a brief national popularity through Lorraine Wyman entertaining audiences with the instrument in WWI, it was really Kentucky native 1960s folk singer, Jean Ritchie, who put the Kentucky/mountain dulcimer on the national radar, her dulcimers being made by her cousin, Jethro Amburgey. 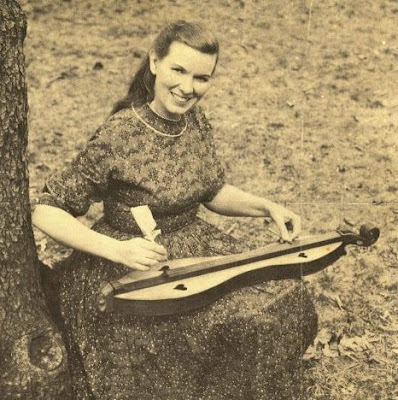 Now, let's get to the music - just a little sampler of different musicians, and I'll be honest, though a mountain dulcimer is closer to my family history, I prefer the sound of a hammered dulcimer.

First up, though, is the Appalachian/mountain dulcimer :)

Let's start with the queen of the mountain dulcimer Jean Ritchie, although her voice isn't to everyone's taste, so be forewarned ;)

I was unable to find Jean Ritchie singing Christmas carols with her dulcimer, only a capella -  but I did find this recording of her singing on her "Carols for all Seasons" album, which of course included Christmas, as well as celebration of Spring, etc. :)

Now, if you search YouTube for somebody actually playing  mountain dulcimer Christmas carols, you'll typically find people who have just learned it that aren't very good yet, so let me help you find the professionals or the otherwise gifted with a mountain dulcimer lol.

This is Benjamin Esh, a professional mountain dulcimer musician, playing "Joy To the World" ...

And perhaps the U.S. expert of the mountain dulcimer (though he actually hails from California), Bing Futch - who is a folk artist and plays many kinds of distinctly American folk instruments - with "Oh Holy Night" on a "courting" or double dulcimer ...

And though this is on Ben Esh's channel, I'm not sure who this is - so this is either Ben when very young or an unknown young man. Whoever he is, Ben or not,  he's actually the best I found, playing the mountain dulcimer with some serious heart and soul, with "What Child is This/Greensleeves" ...

Okay, so in case you haven't noticed, no matter how happy the song, the mountain flair often makes the song sound warm and comforting, but also somewhat mournful?

So if you're in the mood for a more upbeat Christmas carol sound, like I am, then let's end this post with the grand dulcimer finale, with the hammered dulcimer :)

This is David Mahler, playing in downtown Gatlinburg, a few years ago, playing "God Rest Ye Merry Gentlemen" - prepare to be amazed - this is actually my favorite of all the videos presented here :)

This last one is Barbara J. Hunt with Dizzi Dulcimer, originally from Bristol, England, in the UK, with "Away in a Manger" - note she has a distinctly different, more formal sound and way of playing the hammered dulcimer than the Americans, a bit more of a slow, mournful manner, but still beautiful, if not hauntingly so :)

Lastly, bringing it back to America, folk musicians from our fellow Appalachian state of North Carolina, Carol and Michael Bowman,  on guitar and hammered dulcimer, with "I Saw Three Ships"